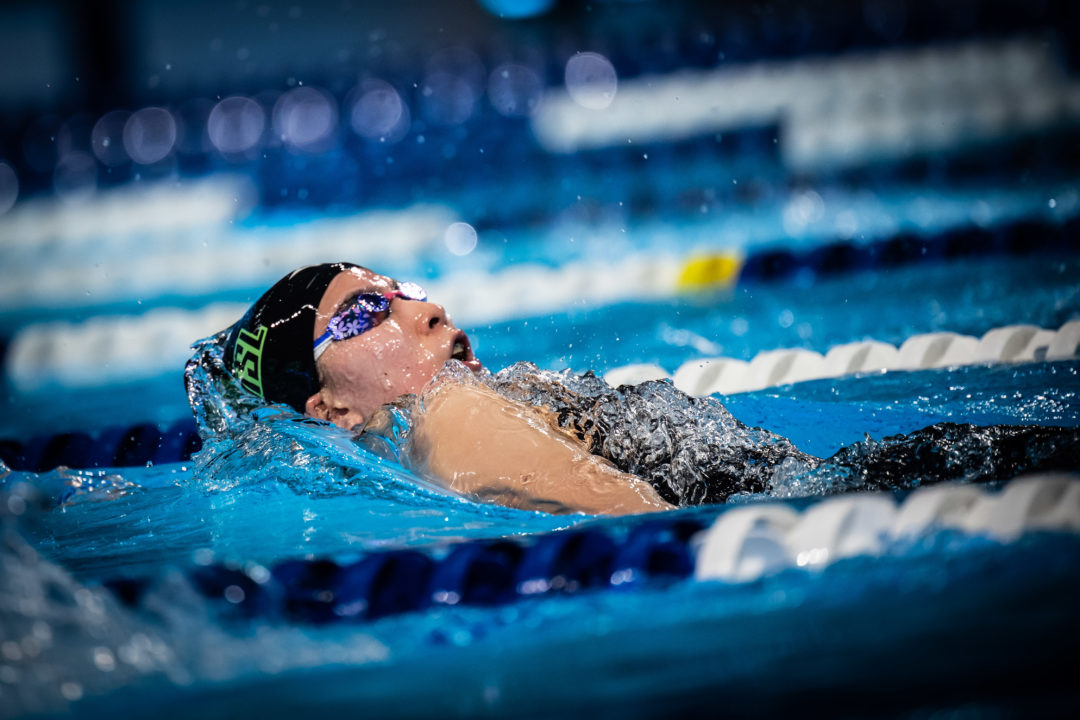 The 2021 Japan Open rolled on with day 2 at the newly-constructed Tokyo Aquatics Centre, site of this summer’s Olympic aquatic action.

World Championships medalist Yui Ohashi got her meet started off right with a victory in her specialty 400m IM event. The 25-year-old punched a solid effort of 4:36.27 to get the job done, easily holding off runner-up Sakiko Shimizu. Shimizu represented the only other sub-4:40 swimmer, registering a silver medal-worthy result of 4:38.68.

Ohashi’s podium-topping performance here checks-in as her season-best, surpassing the 4:37.22 she posted at last month’s Kosuke Kitajima Cup. Ohashi now overtakes Shimizu’s own season-best of 4:36.77 from last December to become the #3 swimmer in the world in this event this season.

Shogo Takeda took out the men’s 1500m field handily, getting to the wall first in a mark of 15:06.71. That outing slices .10 off of his previous season-quickest of 15:06.81, which was rendered at the Japan Swim last December. He remains ranked 9th in the world this season.

World Championships silver medalist Katsuo Matsumoto made a quiet statement in the men’s 200m free, capturing the gold in a time of 1:46.82. Opening in 51.67 and closing in 55.15, Matsumoto beat the next closest competitor by well over a second.

Going back to Matsumoto, the 23-year-old already threw down a massive national record of 1:45.13 just a few weeks ago at the Kosuke Kitajima Cup. That checked in as a monster lifetime best and ranks the Japanese freestyle ace #1 in the world this season.

Olympian Ryosuke Irie was also in the water tonight, taking on the 100m backstroke event. Irie grabbed gold in 53.29, just a hair off his season-best of 53.04 logged last month. Not too shabby for the icon who turned 31 years of age last month.

The women’s version of the 1back saw Natsumi Sakai limbo under the minute barrier, checking in with a gold medal-worthy effort of 59.98. Splitting 28.78/31.20, Sakai was within striking distance of the 59.54 she produced last month which situates her as the 6th fastest performer this season.

Thank you for the article, Retta. Is there a typo in the sentence “Olympian Ryosuke Irie was also in the water tonight, taking on the 100m backstroke event. Irie grabbed gold in 53.29, just a hair off his season-best of 53.29 logged last month”? The times are the same. TYVM

Thanks. Irie is such a consistent swimmer, & great guy in general, well-loved I believe, hopefully he will have a breakthrough meet at home in Tokyo this year.

It is great to see swimming in the Olympic Pool!

“…..limbo under the minute barrier…”

Did hagino swim neither 100m back or 200m free? That’s disappointing.

Ohashi is such an elegant swimmer, her strokes are so smooth. Hopefully she does very well at home in Tokyo this year.