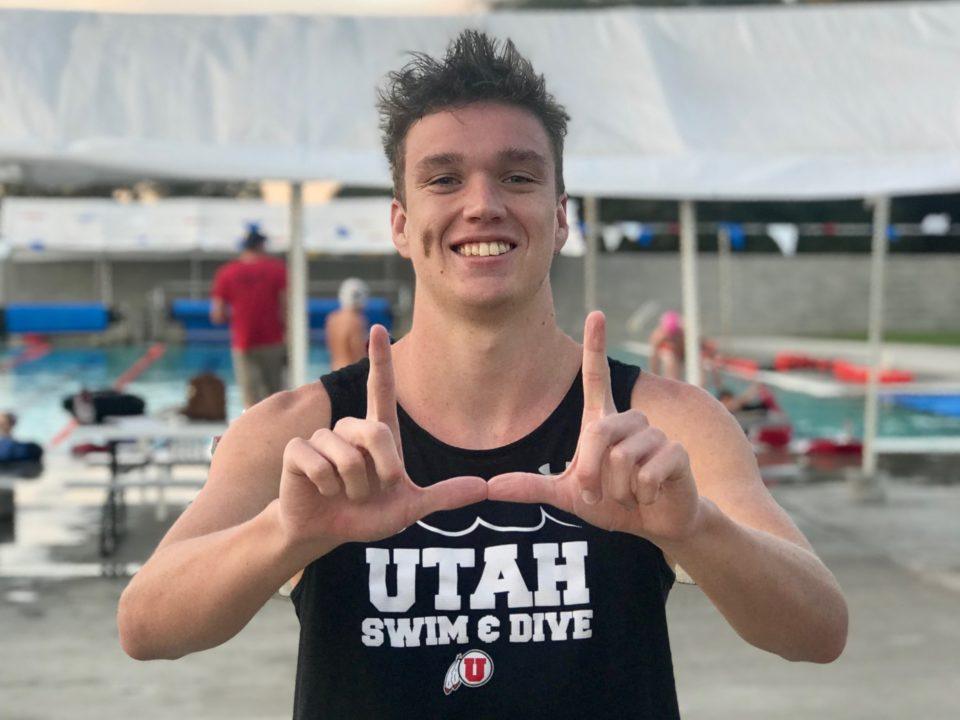 Following the 2020 men’s Pac-12 Championships, some swimmers stayed for a long course time trial on Sunday to go after Trials cuts and get in some long course racing. Typically there is a short course session for swimmers to take a last chance at qualifying for NCAAs. SwimSwam will post results of that session when they become available.

Utah’s Liam O’Haimhirgin, a Pac-12 finalist, swam his 2nd fastest 100 free ever with a 49.95, leading a 1-2 finish with his freshman teammate and younger brother Finn O’Haimhirgin (50.38). Liam’s time was his fastest since 2017 and just 3 hundredths away from his lifetime best. Finn clipped a little over a tenth off his best to qualify for Olympic Trials. Taking 3rd in that race was Arizona freshman Hunter Ingram, who dropped 4 tenths in 50.42. That gave both freshmen their first ever Olympic Trials qualifying times.

Brandon Reno from Pacific also made a cut in the 100 breast!

How bout them Utes