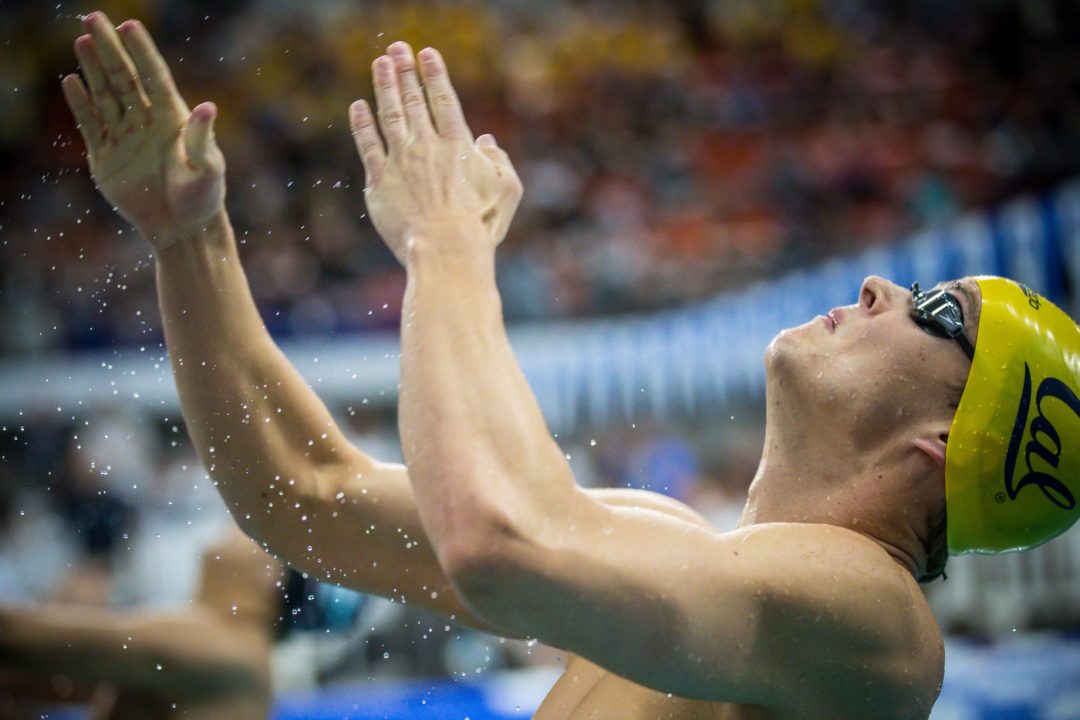 Carr's time took down the former Pac-12 Record, which stood at a 1:38.07 done by Cal's Ryan Murphy in 2017. Murphy was a 4-time NCAA Champion in the event. Archive photo via Jack Spitser/Spitser Photography

Carr’s time took down the former Pac-12 Record, which stood at a 1:38.07 done by Cal’s Ryan Murphy in 2017. Murphy was a 4-time NCAA Champion in the event. He still owns the NCAA Record and is the reigning Olympic Champion in both backstrokes. Carr is now tied as the 9th fastest performer in history.

Carr is now ranked 4th in the NCAA this season. Texas A&M’s Shaine Casas leads the nation with his 1:37.20 from the SEC Championships, where he broke Ryan Lochte’s Meet Record. Austin Katz of Texas, the 2018 NCAA Champion in this event, is 2nd with his season best 1:37.35. NC State’s Coleman Stewart is 3rd in 1:37.71 after setting the ACC Record last week.