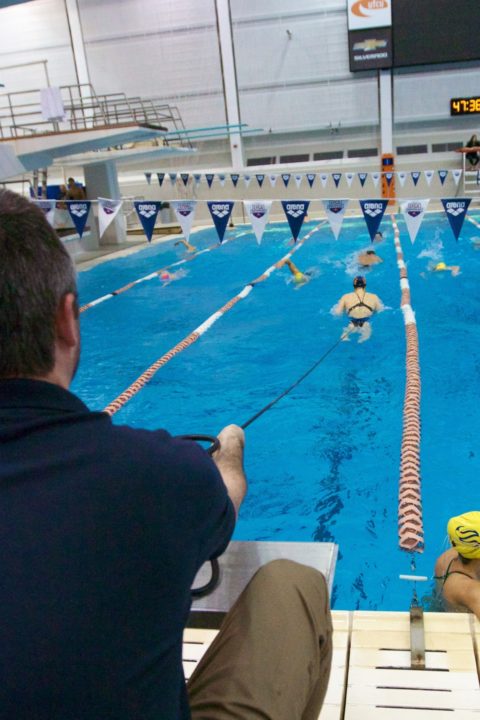 Paulo Barelli, the president of FIN – the Italian swimming federation – has been caught up in fraud allegations by... Stock photo via Rafael Domeyko, rafaeldomeyko.com

Paulo Barelli, the president of FIN – the Italian swimming federation – has been caught up in fraud allegations by CONI – the country’s Olympic committee – and offered to resign if he is found guilty.

According to the New Zealand Herald, CONI took the swimming federation to court last month after roughly $1 million that was intended to be spent on the 2009 World Championship pool were unaccounted for.

Barelli said that “If the fraud charge is proved, I will resign immediately, as will my executive committee” according to the New Zealand Herald, and added that “someone must pay the consequences” if the charge is not true.

He was also an Olympic athlete for Italy who competed at the 1972 and 1976 Summer Olympics, and won a bronze medal at the 1975 World Championships on Italy’s 400 free relay.