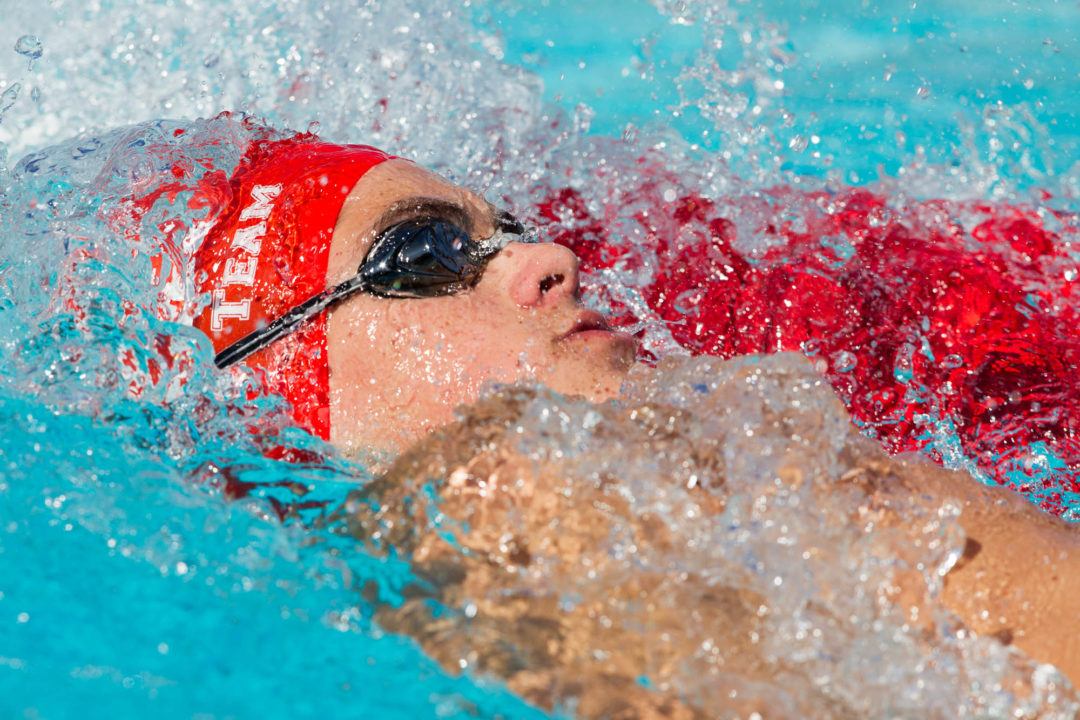 Louisville freshman Nicolas Albiero set a new NAG in the prelims of the 200 fly at this morning's NCAA Swimming & Diving Championships. Current photo via Tim Binning/TheSwimPictures.com

There are way too many storylines and great swims at this year’s men’s NCAAs to really give everyone the credit they deserve, and one of the teams that’s flown under the radar a bit this week has been Louisville.  Through last night’s competition, the Cardinals sit in 8th place overall.

18 year-old freshman Nicolas Albiero, son of Louisville head coach Arthur Albiero, had a great meet last month at ACCs, and it looks like he had something more in the tank for his first NCAA championship meet.  He’s been on all five of Louisville’s relays, dropped time in the 100 back yesterday en route to a 6th-place finish, and this morning, shaved 0.04s off his 200 fly time to break his own National Age Group Record that he set at ACCs in February.

Here’s a comparison of Albiero’s splits from today and ACCs:

Other freshmen showed up big this morning in the 200 fly.  Cal’s Trenton Julian (who’s 19) dropped over a second off of his seed time to move up from 20th on the psych sheet to take 6th in prelims in a time of 1:40.63.  That makes him the 4th-fastest freshman ever in this event, behind only two-time champion Joseph Schooling, who’s now missed the A-final for the 2nd year in a row, last year’s runner-up Zheng Quah, and Andrew Seliskar, who previously held the NAG that Albiero broke in February.  Quah and Seliskar also swim for Cal, giving the Golden Bears three of the four fastest freshmen ever in this event.