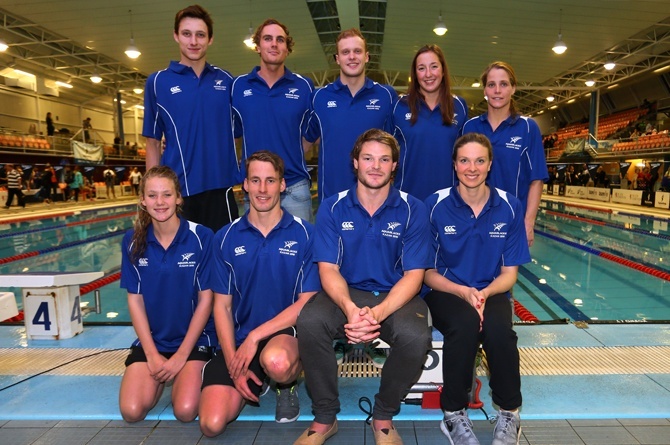 With the New Zealand Swimming Championships all said and done the nation will be taken 10 athletes to the World Championships in Kazan. The team will include:

The number of athletes attending this year’s event is the exact same that participated at the last World Championships in Bracelona.

”We have some qualifying for the first time which is encouraging. Some who qualified in relays and weak criteria last time have stood up and qualified with the top swimmers.”

“It is good to have Brad (Ashby) and Bobbi (Gichard) in the team. Some of the other younger ones who did not qualify have swum well and are on track to qualify for the World Junior Championships at the national age group championships in four weeks.

“It is good for them to experience the world championships and the top level of racing a year out from the Olympics although I think one or two others can also qualify next year.”

“It’s been a stellar week for me,” said Capp.

“The time for the 1500m is good but I am a little gutted because I wanted to make two A qualifying times but I can’t really complain because I’ve had an awesome week.”

“I’ve really stepped up a lot since the end of last year. I felt it was time to make that jump and I am happy I was able to do it.”

Sophie Pascoe also won the 50 freestyle, her fifth gold of the competition. Pascoe, who has set two new world records during the competition, took the event in a time of 28.22 about half a second away from her S-10 world record mark of 27.78.

Along with the team going to Kazan New Zealand will have eight athletes competing in the IPC World Championships in Glasgow. The team will include:

Medal winners on the final night of competition include: