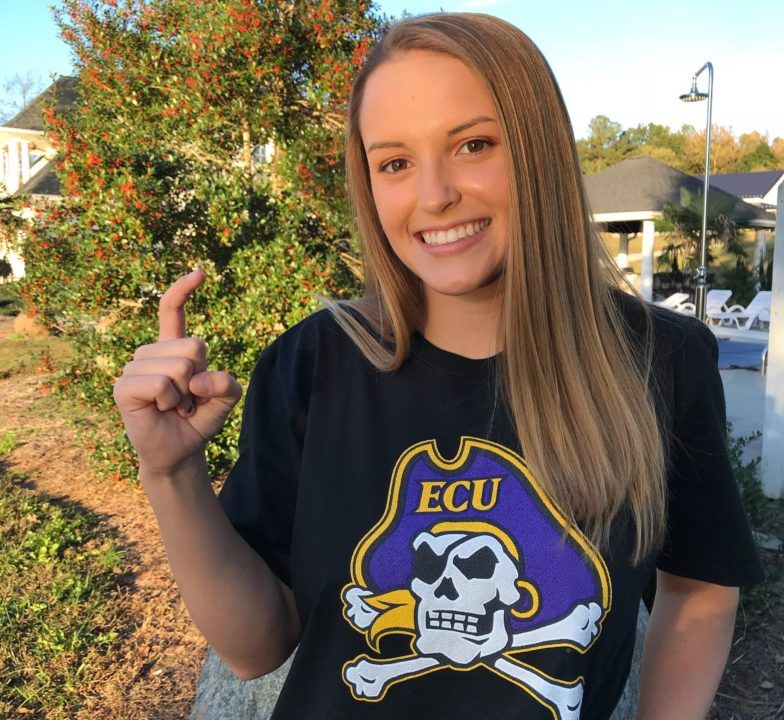 Kathryn Morrison, a USA Swimming Scholastic All-American and NISCA All-American from Salisbury High School in Salisbury, North Carolina, has announced her commitment to East Carolina University. There she will join fellow commit Chelsea Marstellar in the class of 2022.

“I am thrilled to announce my commitment to continue my swimming career at East Carolina University! I fell in love with the campus and felt right at home! I can’t wait to be apart [sic] of the team. I want to thank my friends, coaches, and family that have helped me get here! Go Pirates!!!! ECU’22”

Morrison is a nice get for the ECU Pirates. At the 2017 AAC Championships, her best times would have scored in the A finals of the 100 back and 100 fly and the B final of the 200 back.

Thrilled to announce my verbal commitment to swim at ECU! Thank you to everyone who helped me along the way! Go Pirates!!! pic.twitter.com/cZ64urprk5