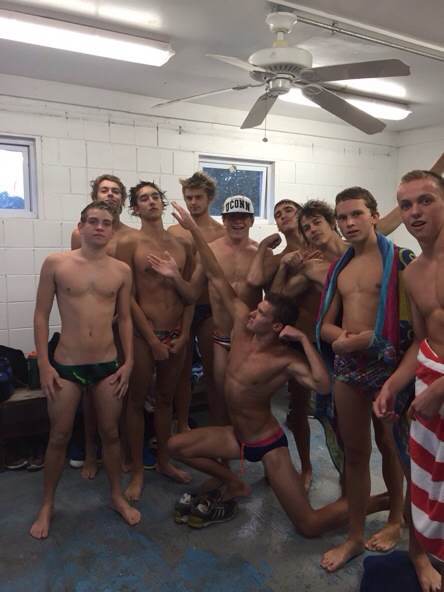 Andrew Proper of the Nations Capital Swim Club gave his verbal commitment to the University of Connecticut to swim with the Huskies for the 2015-2016 season.

Proper brings with him steady times in the breaststrokes as well as some decent freestyle times all of which might be a factor on some of Connecticut’s relays in the near future. His 200 yard freestyle and both breaststrokes are his best events, sporting a 1:42.49 in the 200 free, 58.25 in the 100 breast, and 2:04.71 in the 200 breast.

His times bring him close to contention in the AAC. At the 2014 AAC Championships, Proper would’ve placed 13th in the 100 yard breaststroke final beating out Asher Garcia who placed 13th with a time of 58.32. In the 200, Proper would have placed 11th overall. Two Huskies made it into the A-final last year in the 200 breaststroke at the AAC’s, the fastest being Lachez Shumkov who touched the wall in 1:58.77.

Shumkov will not be returning next year as this season will be his senior year, and last year was Garcia’s senior year, meaning that the University of Connecticut needs somebody to step up and swim breaststroke.

Currently, the Huskies recruited three breaststrokers for the 2014-2015 season which will make next year’s training environment all that much more competitive for Proper. With Proper’s breaststroke times, he could be a factor on the medley relays coming up, however it will be a dog fight to get on those.

Proper could also find himself with a spot on the 4x200m freestyle relay if he can drop a few seconds off of his 200 yard freestyle personal best of 142.49. The Huskies relay at the AAC Championships last year featured swimmers splitting mostly 1:38s and 1:39s.

Overall, Proper will be a solid pickup for the Huskies. He could be the solution to the hole in their breaststroke if he’s able to set himself a notch above this year’s freshman, and with some improvement he can be a factor on more than one relay.