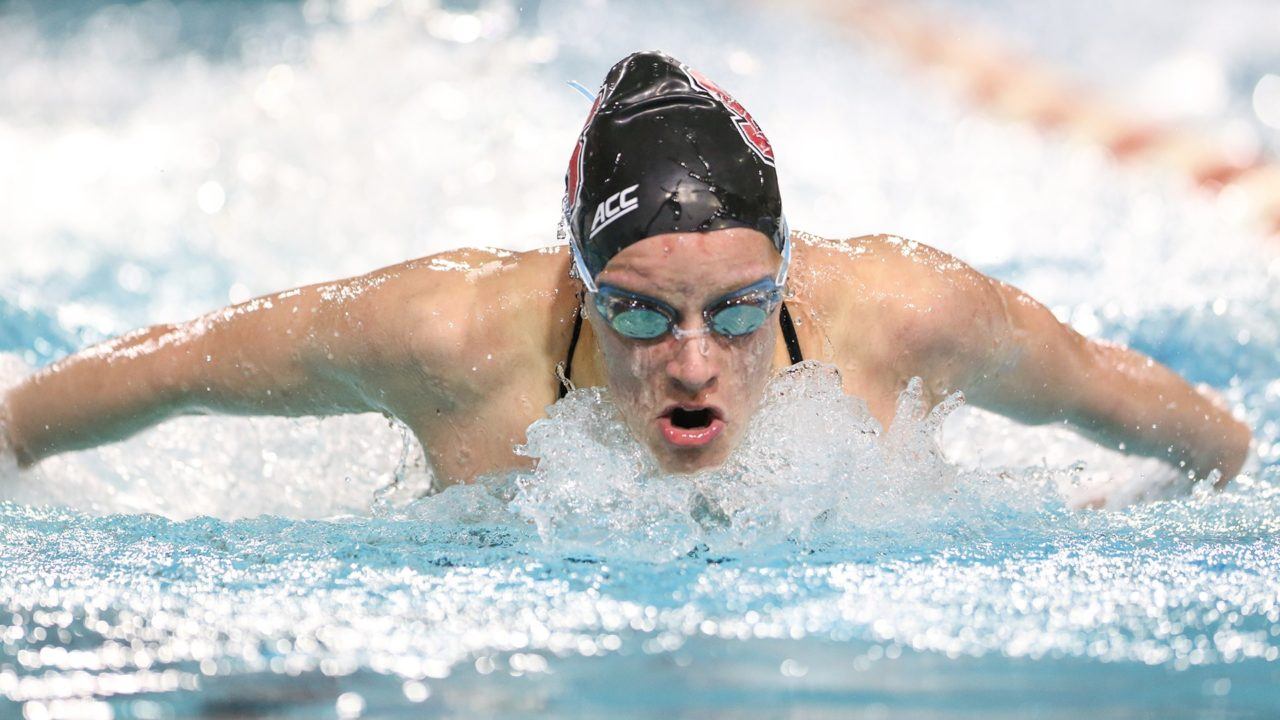 GREENSBORO, N.C. – Freshman Kylee Alons, junior Madeline Kline and senior Andreas Vazaios were named ACC Performers of the Week, as announced by the league office Monday afternoon. The three members of the Wolfpack helped lead the No. 6/9 NC State men’s and women’s swimming and diving teams to a fourth straight sweep over UNC-Chapel Hill on Saturday.

Alons shined in her first home meet as a member of the Pack, picking up first-place finishes in all three of her individual events and leading the Wolfpack women in scoring with 27 points at the dual meet

The NC State freshman started the meet with a 1:57.94 in the 200-yard butterfly, a mark that was just .30 seconds short of the current program record. Alons went on to swim her fastest 100-yard freestyle of the season with a time of 49.00 and clocked a 53.63 in the 100-yard butterfly on the way to winning those events. All three of her times were NCAA B cuts.

Vazaios was the top scorer for NC State on the men’s side. He started the meet by leading off for the Pack’s winning 200-yard medley relay squad and went on to post wins and NCAA B cuts in his two individual events. The senior captain took first in the 100-yard backstroke in 47.53 and continued his reign in the 200-yard individual medley, which he won in 1:46.03.

Kline secured top-two finishes on both boards against UNC-Chapel Hill. She started the dual on the three-meter, where she picked up a win with an NCAA Zone mark of 283.50 and went on to place second on the one-meter with a score of 269.40.

NC State will return home on Saturday, Jan. 26 to host Virginia at the Casey Aquatic Center. Diving is set to begin at 10 a.m., and swimming events will start at 11 a.m.