NBCSN To Air 330 Hours of Olympic Coverage in Rio 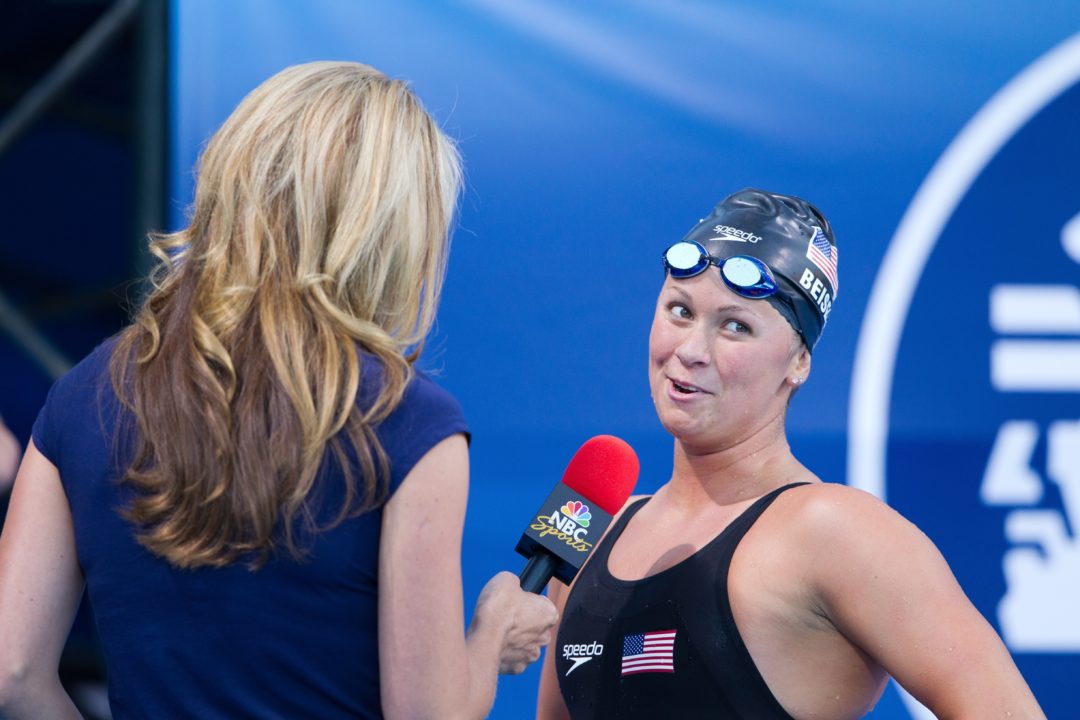 NBCSN will be providing 330 hours of Olympic coverage during the Games in August. Archive photo via Tim Binning/TheSwimPictures.com

NBC has announced that their cable channel NBCSN will air 330 hours of events during the Olympic Games in Rio de Janeiro, the most of any of NBCUniversal’s TV networks.

Other sports included in their coverage will be track and field, archery, boxing, cycling, fencing, field hockey, judo, open-water swimming, rugby, shooting, soccer, synchronized swimming, table tennis, weightlifting, wrestling and more. Medals will be won on NBCSN every day of the Olympics.

NBC Olympics executive producer Jim Bell commented on the coverage NBCSN will provide, calling it “the perfect complement to our NBC broadcasts, allowing us to present long-form coverage of many of the games’ most popular sports and athletes.”

Coverage on NBCSN will begin two days before the Opening Ceremonies with women’s soccer on August 3rd. Their schedule will vary a bit, but on most days they will have coverage for 16 hours a day, 8 AM to 12 AM EDT.

Full programming information for NBC is expected to be announced soon.

Read the full article on the NBC Olympics website here.

Coverage for US viewers is bad.. just to say it.. At last olympics Brazilian channel Sportv (which has usually 3 channels) had 5 channels full time covering the olympics. For Rio olympics there will be 8 channels covering full time.. US viewers should really have more.. they will get more medals than anyone but the coverage is really subpar..

330 hours of coverage on just one of the channels and I don’t plan on watching even 10% of that. Maybe 15% tops with a good portion of it recorded because of all the commercials. The commercial rate is usually 18 minutes for every one hour and I’m guessing they’ll ramp that up.

Not judging though. If you desire more than 16 hours a day coverage or the couple events that aren’t covered, then more power to you:)

Don’t be overly optimistic, messr. Gigi,
I reckon there’ll be around 190 hours of commercials, not counting sappy stories about the athletes and how they overcame personal tragedy/illness/family loss/neighbourhood drama/PTSD parents/job loss/childhood trauma etc etc to get to Rio..

LOL Loved it, Smoothswimmer! I thought I was the only one who saw this from NBC.

Thankfully I’ll have the BBC’s top classcoverage to watch instead.

And I will have 8 channels 24-7, in 2 days I would had more available coverage than the whole NBC! If I considerd only competition time in 3 days I would have more coverage..

You realize that 330 number is only for NBCSN, right? NBC’s total coverage if 1700 hours of TV and 4500 hours of streaming. So that’s the equivalent of 4 full TV networks going 24-7 (and there aren’t Olympic events on 24 hours a day) and all the events streamed. What more do you think NBC should do that they’re not?

Me too – BBC dont do the silly Us tricks around