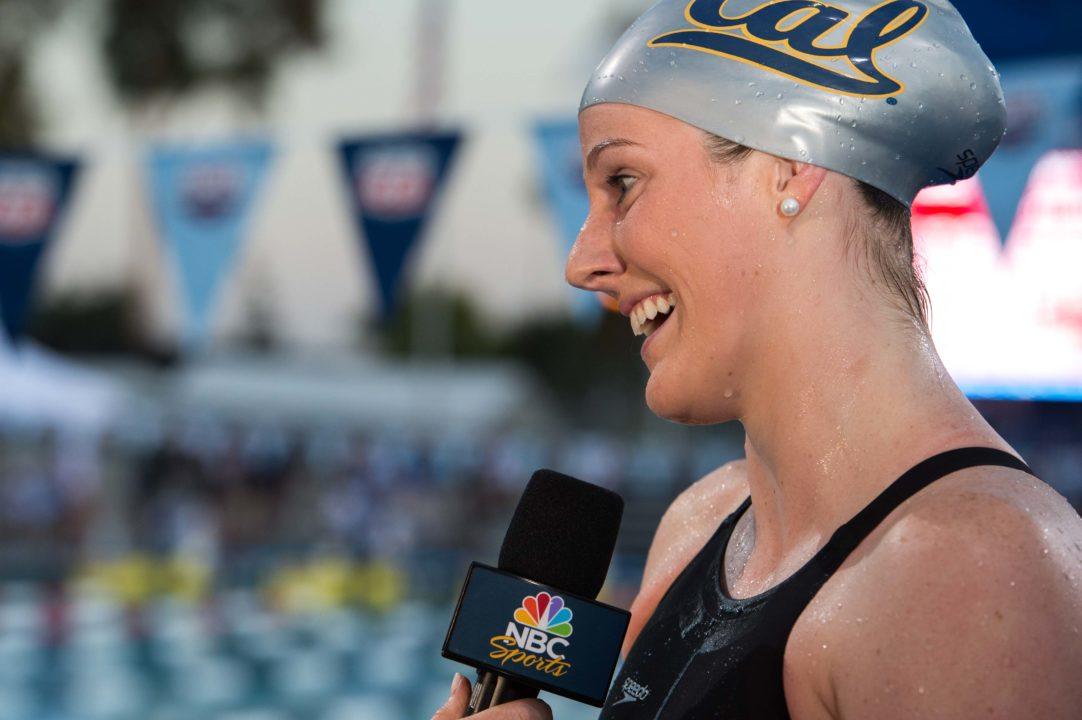 NBC Sports Group and USA Swimming have partnered on a media rights agreement that provides NBC Sports Group with exclusive television and digital streaming rights through 2024, both parties announced today.

Coverage of the events will be featured across NBC, NBCSN, and the recently-announced Olympic Channel: Home of Team USA. In addition to television, coverage will include simultaneous streams on desktops, mobile devices, tablets, and connected TVs. Content will be presented as part of the Olympic Channel partnership among NBCUniversal, the IOC, and the USOC.

“Swimming has provided countless signature moments at the Olympics, most recently in Rio with the astonishing and historic performances of Katie Ledecky, Simone Manuel, and, of course, Michael Phelps,” said Jim Bell, President, NBC Olympics Production and Programming. “With this deal, we’re excited to now be able to share even more of the sport that so many Americans love during the Games, and get to know some of the future stars in the pool.”

“Partnering with NBC through 2024 ensures that we can continue to grow TV and digital coverage of the sport,” said Mike Unger, USA Swimming Interim Chief Executive Officer. “NBC is a partner that has a shared interest in growing Olympic and swimming coverage and this extension helps us bring more swimming coverage to fans on TVs, computers, mobile devices and beyond.”

One of the most popular Olympic sports, swimming took center stage during the 2016 Rio Olympic Games, with the swim team winning 33 medals, including 16 gold. Among the memorable moments were Michael Phelps winning six medals before retiring as the most decorated Olympian in history with 28 medals; Katie Ledecky’s dominant performance in Rio, winning five total medals including four gold; and Simone Manuel tying for gold in the 100m freestyle to become the first African-American woman to win an individual Olympic medal in swimming. Ledecky and Manuel are among the gold medalists expected to compete in most of NBC Sports’ coverage of these events, along with eight-time Olympic medalist Nathan Adrian, Rio 100m breaststroke champion Lilly King, and three-time Rio gold medal backstroke specialist Ryan Murphy.

Complete programming information will be announced at a later date.

As the National Governing Body for the sport of swimming in the UnitedStates, USA Swimming is a 400,000- member service organization that promotes the culture of swimming by creating opportunities for swimmers and coaches of all backgrounds to participate and advance in the sport through clubs, events and education. Our membership is comprised of swimmers from the age group level to the Olympic Team, as well as coaches and volunteers. USA Swimming is responsible for selecting and training teams for international competition including the Olympic Games, and strives to serve the sport through its core objectives: Build the base, Promote the sport, Achieve competitive success. For more information, visitwww.usaswimming.org.

I wonder what fresh faces/voices NBC will get to do the swimming commentary. New blood is very much needed in that department.

I was impressed with Ariana KUKORS’ work at the 2016 US Trials (she’s an Olympian and former WR holder in the 200 IM). Give her a shot! Obvious point: Phelps would certainly be a draw for the network.

Also, I hope NBC insists that US Swimming use multicolor lane lines (same system as used in the Olys) for all the US Swimming events they broadcast. It would greatly improve the viewing experience.

Ariana Kukors was great last summer. I hope at least USA swimming will continue to hire her for national championships and olympic trials. She would be great for post-race interviews too.