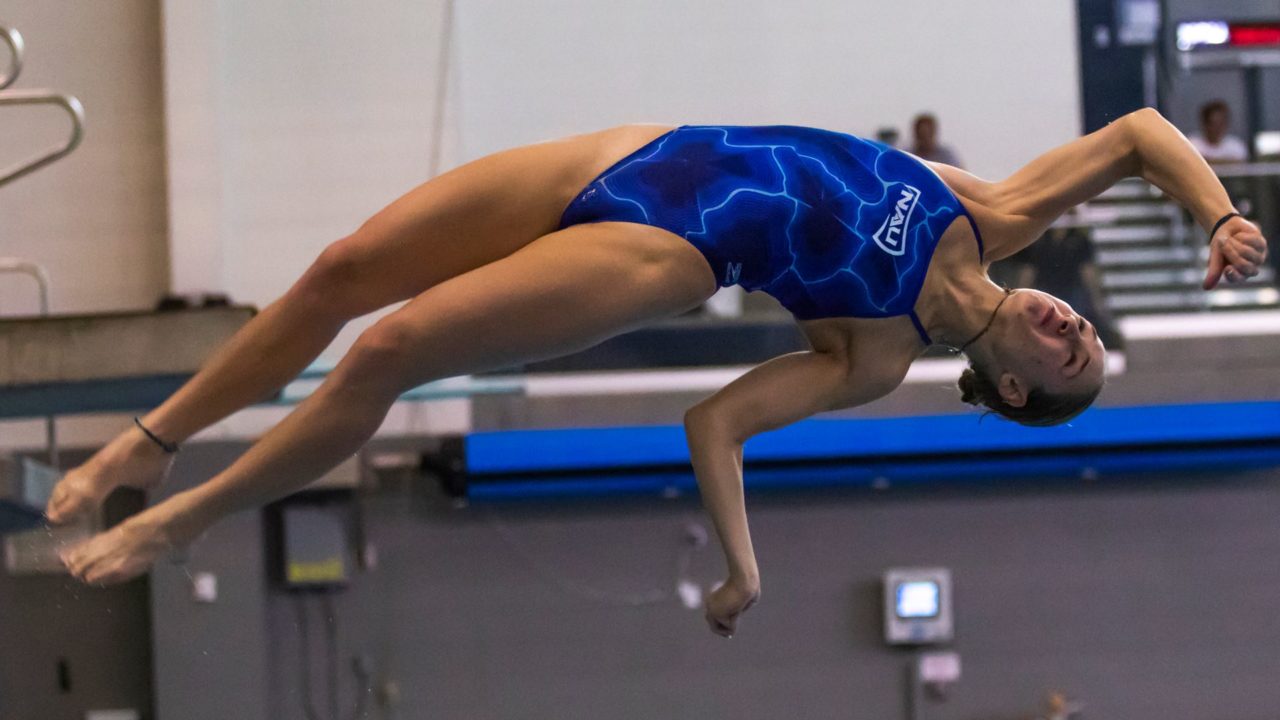 FLAGSTAFF, Ariz. (November 25, 2019) – With a combined 610.15 score for the 3-meter dive, Jenny Cheetham clinched a first-place spot for Northern Arizona University diving during the second day of the Lumberjack Diving Invite on November 23.

In the finals, Sharrer took first place with a score of 300.1. Her combined score earned her bronze with 580.70. Coincidentally, Sharrer tied for third overall with SDSU’s Marie Yacop. Cheetham wrapped up finals in fourth with a 291.95 and combined of 610.15 to earn first place overall. Luberto finished in ninth in finals with 238.40, completing the day in eighth with 508.20.