Muffat Continues to Shock with Back-Half Heroics in Monaco 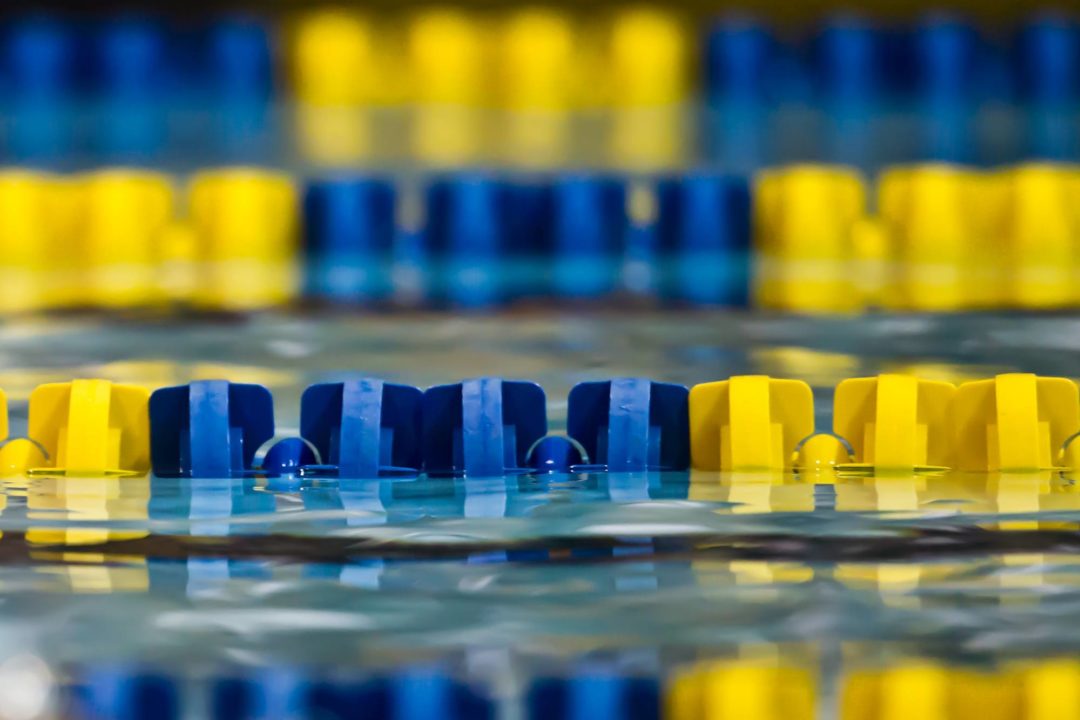 Sunday was the final day of the 2012 Mare Nostrum series in Monaco, and the French again stole the show.

Camille Muffat is really playing games now. She swam another Meet Record in the women’s 400 free with a 4:03.72 win; that’s slower than she was in Canet, but here’s the kicker: she closed in 57.12. There might only be one other swimmer in the world who could have pulled off that swim (Federica Pellegrini) and even that’s a big maybe. Her overall closing 200 meters (1:59.3) wasn’t as fast as her amazing swim at the last stop, but the 57.1 was almost two seconds faster than in France. Here’s the comparison by 50’s:

Canada’s Barbara Jardin had a phenomenal race as well – she actually led for the first 300 meters, though obviously couldn’t keep pace on that closing 100, en route to a 4:07.50 for 2nd. She’s been solid to date in this meet, but that time was phenomenal – a best for her by 1.3 seconds and the third-best in Canadian history.

South Africa’s Chad le Clos looks as though he’s been moving his focus more-and-more toward the butterflies (and less toward the IM’s) as those races have looked much better in the Mare Nostrum. He won the 100 fly in 52.43, which just barely bumps his best time of the season. As compared to how he’s been swimming overall in this meet, for him to go a season-best is encouraging for him.

France’s Clement Lefert continues to look like he might be the butterfly solution for the French medley as he took 2nd in 53.14. Italy’s Piero Codia was 3rd in 53.33.

The British women have looked a huge-ways better in this stop of the Mare Nostrum than they did in the earlier two, including Lizzie Simmonds showing some real speed to win this 100 back in 1:00.24. She did not swim very well in this race at British Trials, and thus won’t race it at the Olympics, but this is her best time of the year.

After expressing some frustration over how the meet in France went down, Britain’s Fran Halsall was locked-and-loaded for this race. She won the 100 free in 54.26. That put her just ahead of Muffat, who was again outstanding in 54.40 to take 2nd. As one of our commenters mused after Canet, it’s crazy that we live in an era where a swimmer can go a 4:03 in the 400 free and a 54.40 in the 100 free, and not even be considered as having been “really good” for her bests.

Like his countrymate, France’s Yannick Agnel hasn’t been quite as fast at this meet as he was in the last one in Canet, but his “not as fast” is still faster than anyone else in the world is going at this point of their seasons. He won the men’s 200 free in 1:46.58. That’s more than a second slower than he was just a few days ago.

In this excellent, bracket-style format, the 50 freestyle shootouts came down to Andrey Grechin and Alain Bernard in the men’s race, with Therese Alshammar and Fran Halsall facing off in the women’s final.

In the men’s event, the pair was stroke-for-stroke the whole way down the pool, but it was the younger Grechin who with a final stroke took the win 22.23 – 22.32.

In the women’s race, it wasn’t quite as close, with Alshammar rocketing off the blocks. She held onto that lead (though Halsall finished strong) to win in 24.76, with Halsall 2nd in 24.92.

Ruta Meilutyte, trained in Great Britain but Lithuanian by birth, shattered the National Record in the 50 free to top the shootout in 30.99. That’s the 5th-best time in the world this year, and she adds the win to her Saturday title in the 100 breaststroke. Though only 15-years old, Meilutyte seems to be the real-deal in sprint breaststroking.

Those splits don’t add up to 1.58.5… Where did you get the splits from? Google is useless