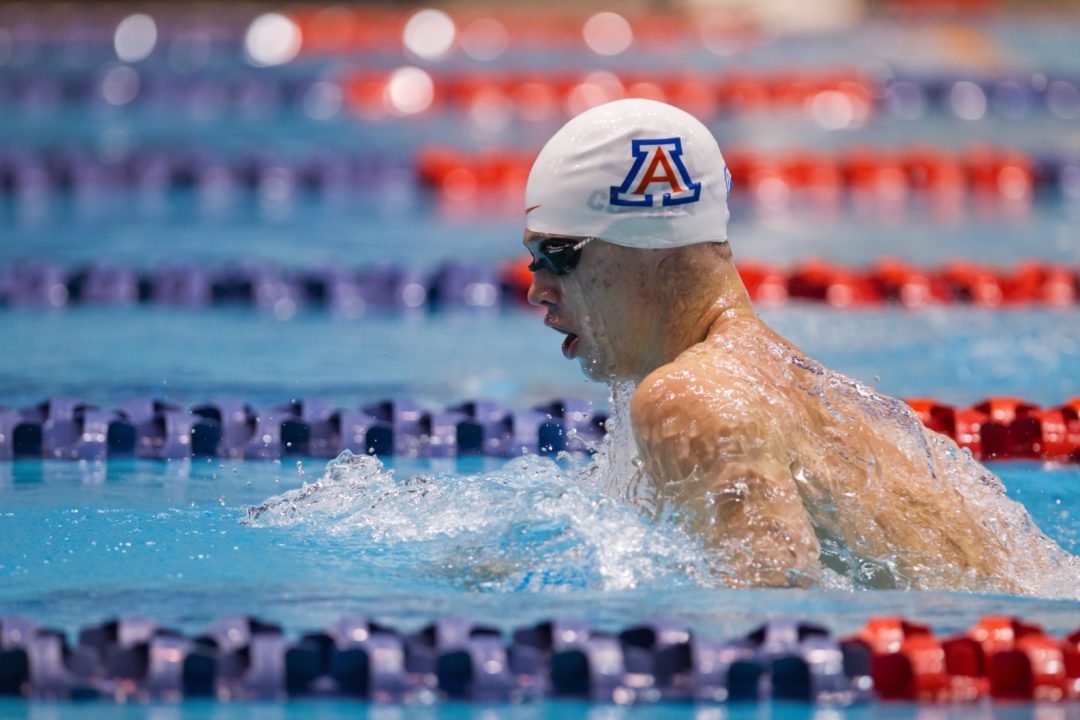 The breaststrokers will again be the highlight on the final night of the 2012 Mutual of Omaha Swimvitational in the Olympic Trials pool.

In the men’s race, Arizona’s Kevin Cordes took the top seed in 1:01.57. That’s a lifetime best for him – his 2nd of the meet – that makes him the 8th-fastest American in 2012 (with numbers 7 and 6 sitting .01 and .02 seconds faster than him). Cordes’ long course, even at the very beginning of his taper, already is showing the effects of the huge leaps he made as a freshman in Tucson.

His teammates Clark Burckle and Carl Mickelson tied for the 2nd seed in 1:03.69, with UPenn swimmer Brendan McHugh 4th in 1:03.78.

In the women’s 100 breaststroke, Wisconsin’s Ashley Wanland took the top spot in 1:09.40. That’s her best time of 2012, and shows that she and the Badgers are really starting to gear up for their tapers as well. She placed ahead of her Pan Ams teammate Annie Chandler in 1:10.21. Amanda Beard, who will be trying to avoid another DQ, was 3rd in 1:10.40.

David Plummer topped the men’s race in 55.98, with Arizona swimmers Mitchell Friedemann (56.42) and Matt Grevers (56.50) were 2nd and 3rd. Let’s hope they’re all much faster in the evening session (Grevers showed in the 200 that he’s severely under-swimming the prelims).