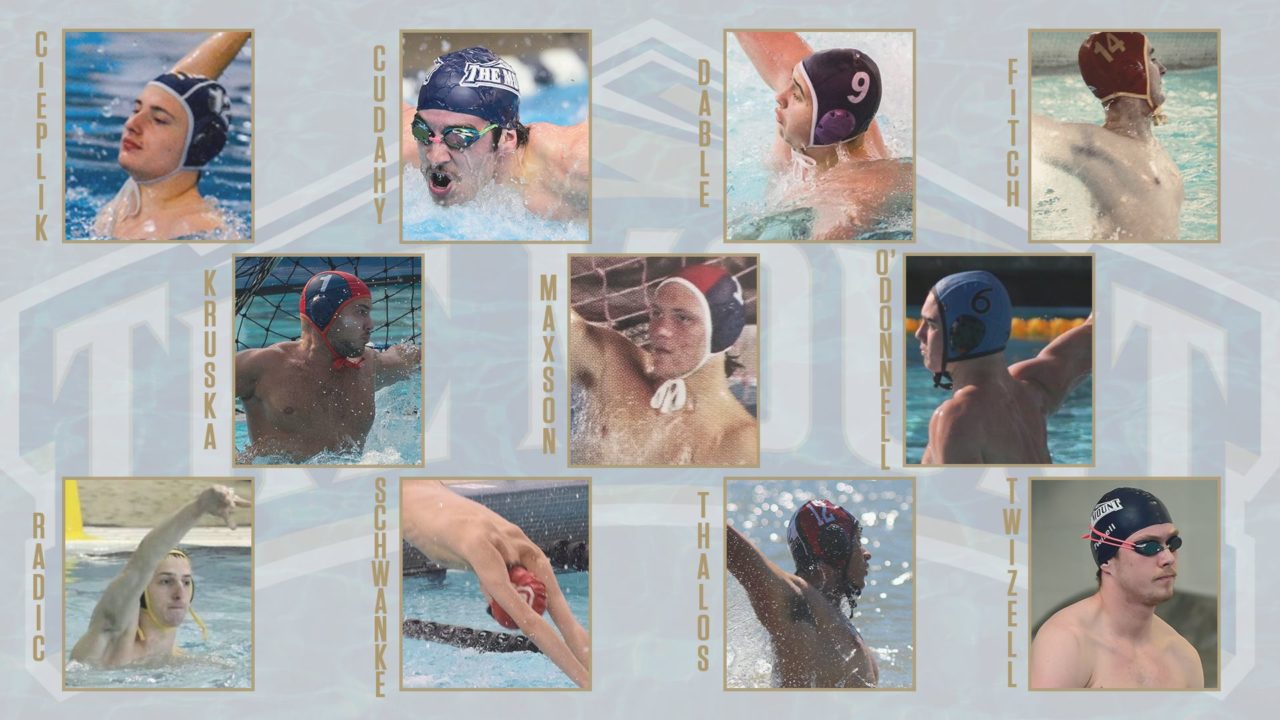 The women's team is almost entirely made up of freshman, while an additional six first-years are part of the men’s team. Current photo via Mount Athletics

EMMITSBURG, Md. (August 26, 2020) – Since the announcement of the water polo teams back in January as the newest varsity sports at the Mount, head coach Alyssa Diacono has been hard at work forming the first group of players in program history. Eight months on, 11 men and nine women make up the inaugural members.

The women’s team features a team almost entirely of freshman, with a graduate goalkeeper added on. Six more freshmen are part of the men’s team, as well as two juniors and a pair of graduate students.

“I am so excited to welcome the first men’s and women’s water polo team to the Mount.” Diacono said. “Each of these student-athletes bring unique experiences that will create a foundation and help establish a winning culture in and out of the pool. We look forward to getting to work and putting the Mount on the map for water polo!”

Both graduate students are previous swimmers and divers for the Mount, and will make history by taking part in a second inaugural team. Will Twizell and Brock Cudahy were members of the original men’s swimming & diving team in 2016. Twizell holds seven individual school records and five relays, while Cudahy possesses three individual records and five relays. The duo collaborated to set records for the 400 Medley Relay (3:25.87) and the 800 Freestyle Relay (7:00.19) during their junior years.

A second duo of men’s competitors are transfers from institutions on the West Coast. Eli Thalos spent two seasons at the University of the Pacific, where he saw action in 13 contests as a sophomore. Marko Kruska played JUCO water polo for the West Valley Vikings, earning 68 saves in his career. The Vikings went 14-1 as a freshman, with Kruska tallying a 70.8 save percentage across 15 starts.

Kruska and Twizell are two of four international student-athletes on the men’s side. They are joined by Canadians Kacper Cieplik and Jason O’Donnell out of John Abbott College in Quebec.

The women’s team features a group of nine garnering a lengthy list of accolades. These include a USA Water Polo Academic All-American, Madison Szczublewski, and a graduate of Hawai’i Hilo and a founder of the school’s aquatic club, Rebekka Williams. Williams will serve as goalkeeper and is the women’s lone graduate student.

A pair of recruits won titles with the California Interscholastic Federation. Lauryn Thomas of Moorpark won a CIF title in 2016 and was a four sport athlete and competed in swimming, volleyball and softball as well as water polo. Her new teammate Mara Davis earned a Division I championship as a member of El Camino High School two years later.

Fitch and Peterson will be two sport student-athletes who will also be on the swimming & diving rosters.

The first season of men’s water polo has been delayed due to the pandemic, with a January-March season proposed. Women’s play is poised to begin in March, lasting through May.