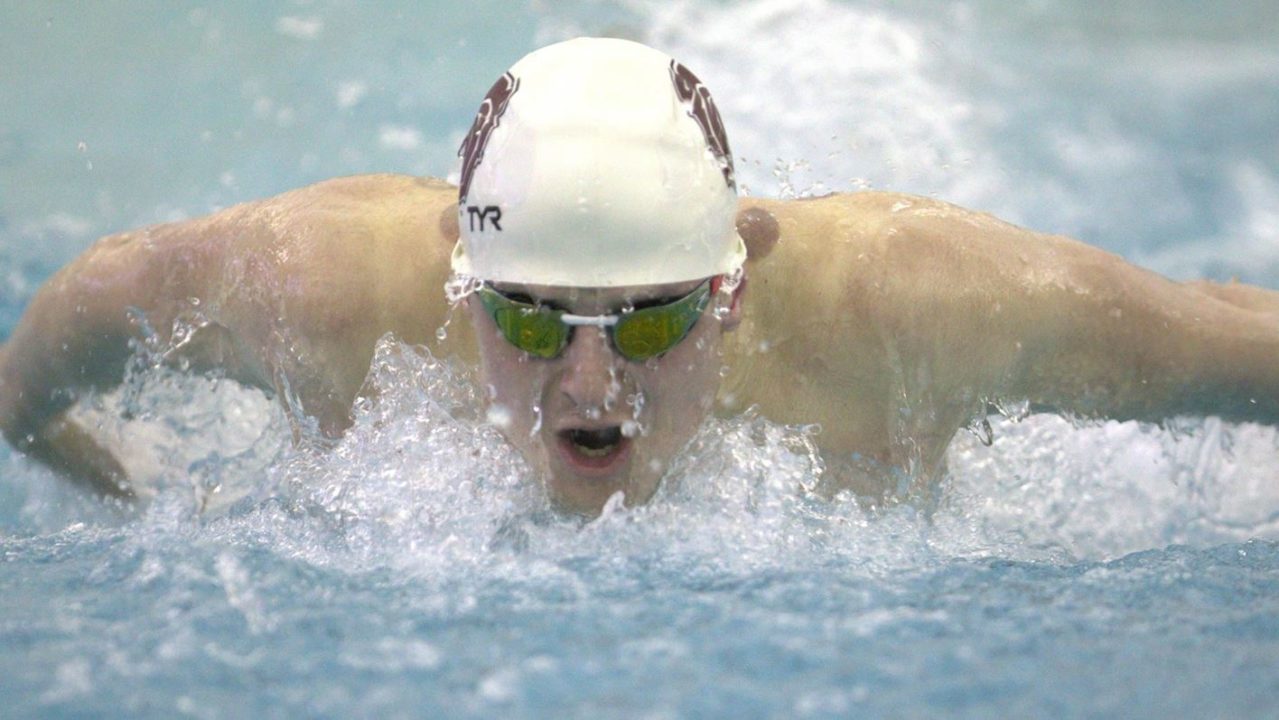 The 2020 MAC Championships for men kicked off tonight, with the 200 medley relay and 800 free relay. Defending team champion Miami (OH) got the ball rolling, defending their title in the 200 medley relay, before Missouri State took the 800 free relay. Miami and Missouri State ended the first day in a tie, a microcosm of what is likely to be a tough team battle throughout the meet.

Miami came out on top in the 200 medley relay, narrowly beating out Missouri State, 1:27.21 to 1:27.40. The two teams were never separated by more than .34 seconds during the race. Young backstrokers were on display in the field. Miami sophomore Cole Grosshans led the way with a 21.83, while Southern Illinois freshman was the 2nd fastest with a 21.87, Missouri State freshman Noah Witzki was 22.17, and Ball State freshman Jared Holder split 22.62. Missouri State junior Michael Hampel posted the fastest breaststroke split in the field (24.11), with Miami’s Noah Barr, also a junior, splitting 24.20. MSU also out-split on fly, with senior Jake Schultz splitting 21.46 to Miami sophomore Nic Wamsley splitting 21.65. Ball State’s flyer was the fastest in the field, with senior Ben Andrew splitting 21.14. Miami’s anchor got it done, holding off Missouri State. Senior Nick Ward brought Miami home in 19.53, while Missouri State’s Samuel Senn came home in 19.66.

Missouri State won the 800 free relay, downing defending champion in the event – Miami. The Bears were all over the race from the beginning, with sophomore Arthur Cury leading them off in 1:36.50, establishing a lead of over 2 seconds over the rest of the field. Freshman Jonathan Hill went next, splitting 1:37.83, and was followed by sophomore Pawel Krawczyk in 1:37.55, with senior Conner Ripp anchoring in 1:37.52, finishing in a final time of 6:29.40. The Bears won the race by over 6 seconds. Miami senior Nick Ward had the fastest split in the field, anchoring his team in 1:36.03.

and to think Mitchell Whyte would have been a MAC swimmer

And Carter Swift was a MAC Swimmer. Split 1:32 and 41.3 last night on the ASU relays. Absolutely insane.

That’s the saddest part. Kent, OU, BG and Westernalong with Miami were the MAC when I swam in the Mid 60’s