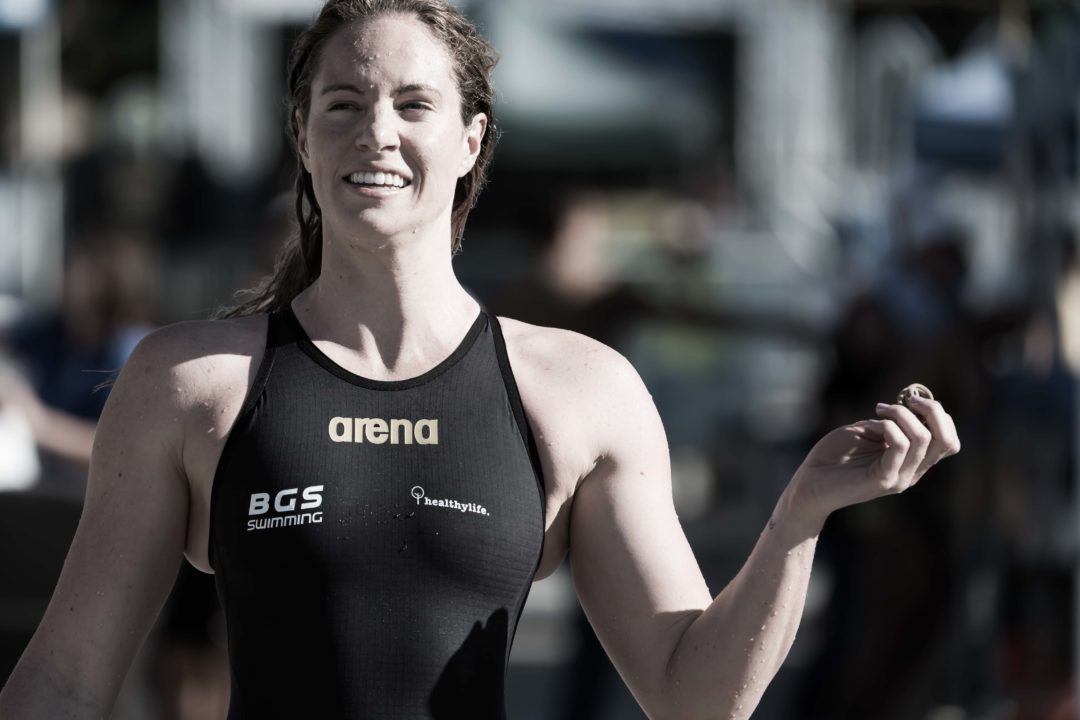 Brazilian record holder Etiene Medeiros and Australian record holder Emily Seebohm have both scratched out of the women’s 50 freestyle semifinal tonight, after swimming into seventh (24.31) and twelfth (24.49) place in prelims this morning, respectively. Both likely have decided that they would rather focus on the 50 backstroke final tonight, where Medeiros is the top seed (26.00) and Seebohm comes in fourth (26.33).

The duo will take on a packed field tonight, including brand-new American record holder Ali DeLoof, who set the mark on Wednesday as the lead-off leg of the world record-setting U.S. 200 medley relay with 26.12. DeLoof then tied the same time yesterday in semifinals.

With those scratches, Japan’s young fourteen-year-old Sayuki Ouchi moves into the women’s 50 free semifinals, along with the American veteran Olympian Amanda Weir. Ouchi clocked in with 24.66 this morning, and Weir finished in 24.67.