McHugh, Nickal Honored as Penn State Student-Athletes of the Year 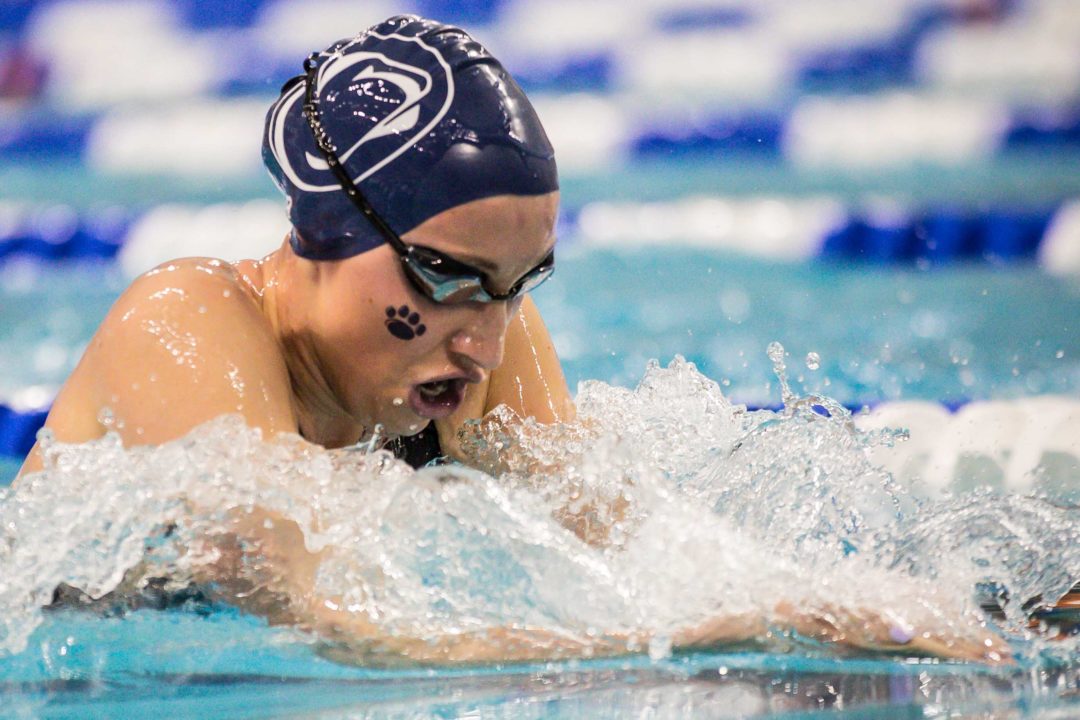 McHugh is the second member of the women’s swimming and diving program to earn Female Student-Athlete of the Year, joining Fran McDermid, who was the recipient in 1991-92 and 1992-93. Nickal becomes the seventh Nittany Lion wrestler to earn Male Student-Athlete of the Year, a total of nine times, with Zain Retherford in 2015-16 and 2016-17 the last wrestling honoree.

McHugh and Nickal will be on the ballot for Big Ten Male and Female Athletes of the Year with honorees from the other 13 conference institutions.

The honors are the latest in a long list of athletic and academic accolades for the two standout student-athletes, both of whom graduated in May.

Ally McHugh
Ally McHugh became the first swimmer in Penn State women’s swimming and diving history to win an NCAA individual championship, capturing the 1650 freestyle at the 2019 NCAA Swimming & Diving Championships. The gold medal was her second NCAA medal overall, as she earned a silver in the same event at the 2018 NCAA Championships. A member of the U.S National team, McHugh also won the women’s 400 IM at the 2018 USA Swimming National Championships.

McHugh took 21 credits during her final semester to graduate in May with a degree in biobehavioral health. Her efforts in the classroom and pool earned her College Swimming Coaches Association of America Academic All-American honors.

The Philadelphia native was selected Penn State’s 2018-19 female recipient of the Big Ten Medal of Honor, the conference’s most prestigious accolade, which recognizes academic and athletic excellence. McHugh also was among several recipients of the University’s 2018-19 John W. Oswald Award, which annually recognizes graduating seniors who have provided outstanding leadership in at least one of several areas of activity at the University.

Bo Nickal
Bo Nickal established himself as the nation’s top wrestler this season, winning his third consecutive NCAA title (this one at 197) and helping lead the Penn State wrestlers to the 2019 NCAA Championship. Nickal ended his senior season with a perfect 30-0 record, including 18 pins, three technical falls and six majors.