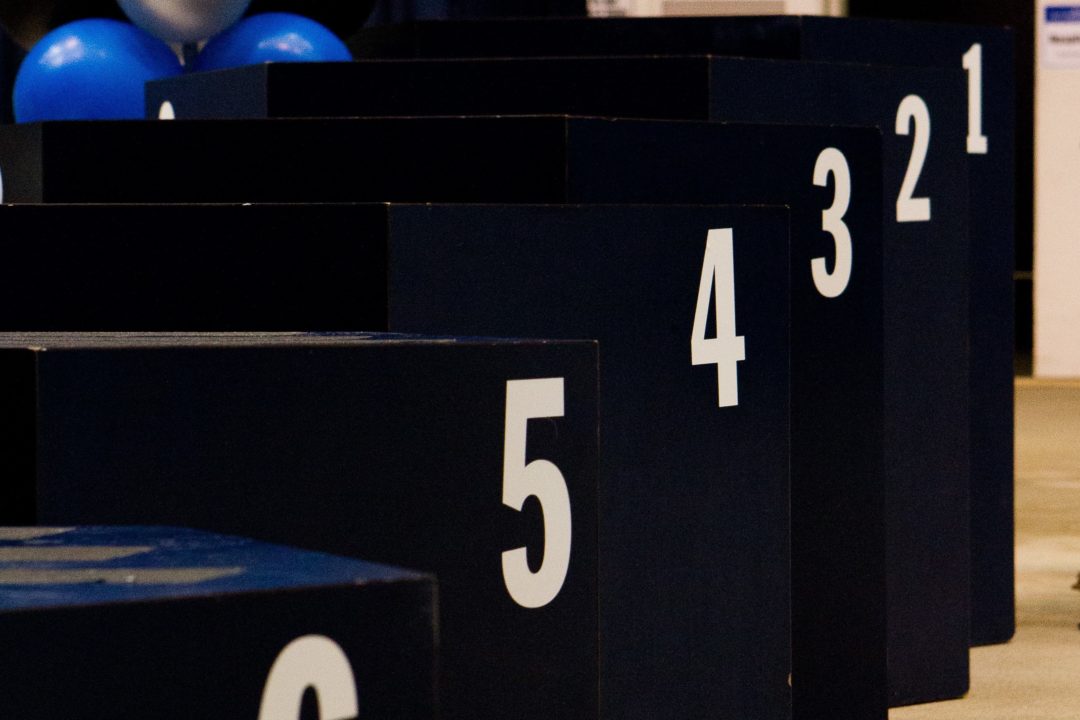 Western Mass, and all other Sectional swimmers, will get their chance at a taper meet this season. (Stock Photo Courtesy: ©Tim Binning/TheSwimPictures.com)

The MIAA, the governing body for swimming in Massachusetts, emailed all of the states Athletic Directors this afternoon to let them know that their Sectional Qualifiers would, in fact, be allowed their big taper meet after all.

Supported by their swimming brethren from around the country, the Massachusetts swimming community was in an uproar when their Sectional Championships (aka, the sub-State level for high school swimming) were cancelled over the weekend in the wake of an anticipated dump of snow from Winter Storm Nemo. The MIAA said at the time that those swimmers who had already qualified for state would be entered (there’s no direct qualification from Sectionals to State), even though many swimmers were counting on last weekend’s event to hit their taper and earn their qualifying times. That’s despite rescheduling sectional events in other sports that were supposed to be the same weekend.

In a statement today, though, the MIAA told schools that they would allow all swimmers who were entered on Sectional psych sheets to swim at the State Championship meet. It’s not a perfect situation, but given the circumstances, it was the best possible solution that the MIAA could have come up with on short notice.

The concerns forwarded by some of our school leaders in response to the  cancellation of Sectional Swim Tournaments have caused further consideration of the conclusions of last Thursday and Friday. With the support of our Swim Committee/Tournament leadership, we will be entering all of your individual swimmers as they were listed on the psych sheets for this past weekend’s Sectional Tournaments. WMass divers have already qualified during the MIAA tournament last Thursday. North and Central-South divers who have achieved one (versus two) state qualifying scores (boys 190; girls 177) will also be entered into the State Tournament.

There will be some questions or concerns related to this decision, but we believe that it is the best manner of providing tournament access to the maximum number of students possible. During the week, we will need your cooperation in some areas;  e.g. we will need to limit attendance at the Springfield College site.

Additional information will be forwarded this week as it is developed by our swim leadership.

As the statement says, final details are still being worked out, but for now, swimmers will be able at least take a chance at the State Championship.

The question that remains is that the statement says that swimmers will be entered as they were on psych sheets for Sectional Tournaments. That, however, doesn’t answer the question for swimmers who have multiple State qualifying times, but entered alternate events at Sectionals. A swimmer whose best events are the 200 IM and the 100 fly but who entered the 200 free and 100 back at Sectionals to get more times.

We’ve reached out to get this question answered, though one would assume that several area coaches have already brought this issue up.

I believe that you MUST swim the same events at States as you did at Sectionals, another in a long line of stupid rules from the MIAA. That was at least the case 5 years ago.

That has not been true for a few years…for example swimmers like Nick D’Innencenzo would routinely swim different events at Sectionals and then States.
However, I have no idea how MIAA decided to implement this change……normally if you qualified for States you would enter your event today….don’t see why you can’t do this now but in any case its step in the right direction.

Re Ben…while its true that a number of top NE swimmers don’t swim high school this is not universally true….D’Innencenzo and Vendt to name two swam high school as did Beisel (though she trained in MA and swam HS in RI).

Massachusetts high school swimming is literally the biggest joke. They have this dumb rule where if you are on the high school team you cannot miss a single practice because of a club team. Most high schools train in crappy pools with 10 or more kids per lane… (or at least mine did) This is not a good environment for fast swimming. All of the good swimmers just don’t do high school swimming. For instance, the state champion in 100 back and 100 fly is usually around 53 or 54 seconds. The LSC age group championship meet in MA will usually have kids going 48 or 49

While your overall point is right, think you’ve increased the disparity in winning times a little bit. IMO it’s the depth that’s lacking more so than the top end kids. (Though both are lacking.)

While your overall point is right, think you’ve increased the disparity in winning times a little bit. IMO it’s the depth that’s lacking more so than the top end kids. (Though both are lacking.)

Huzzah! As outlined in my super-awesome spreadsheet thing, this won’t add toooo many kids to the meet. (Unless all the Western MA kids got to go, too. That would make these meets a li’l crowded.)

Aside from cancelling the sectional meet, this was probably the second easiest thing the MIAA could do. So yay, progress!