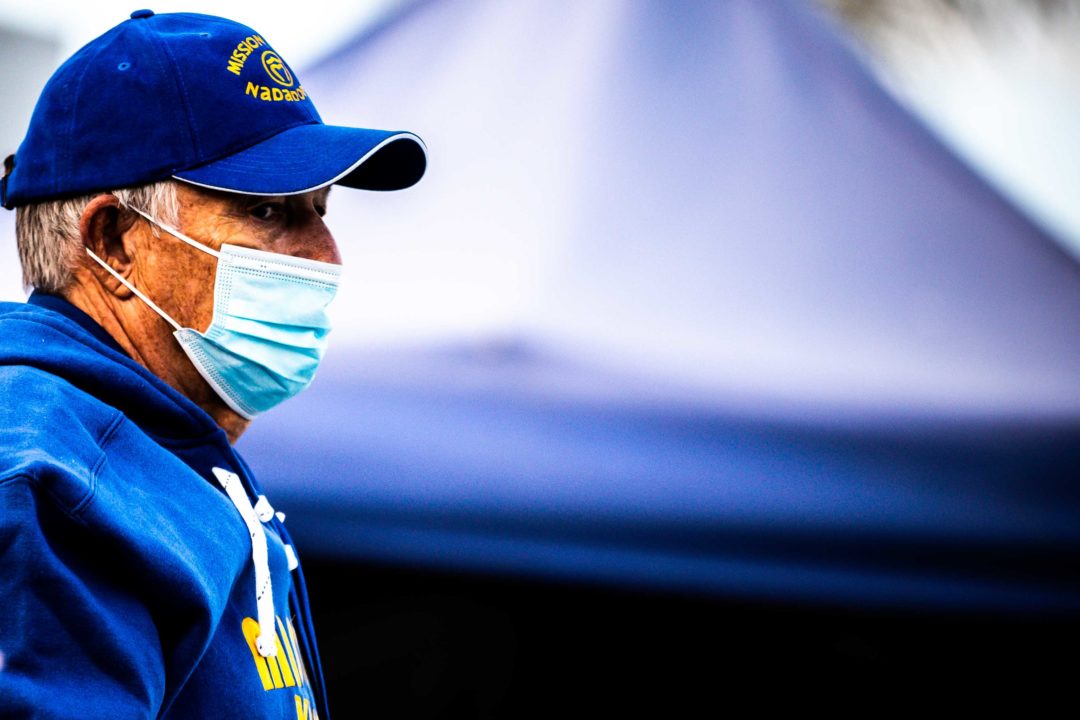 Former US National Team Director Mark Schubert has resigned from ASCA with one year remaining on his term. His position will be filled in September at the ASCA World Clinic. Archive photo via Jack Spitser/Spitser Photography

Former US National Team Director Mark Schubert has resigned from his position on the Board of Directors at the American Swimming Coaches’ Association (ASCA). His term was scheduled to expire

In a post on Facebook, Schubert said that his resignation was for “personal reasons” unrelated to ASCA.

Mike Koleber, the President of the Board of Directors at ASCA, said that out of respect for Schubert’s privacy, he had no other information to provide.

As a result of the early resignation, Schubert’s seat will be one of 6 up for grabs at the ASCA World Clinic, which runs from September 15-18, 2021 in Orlando. That includes the seat of the president Koleber.

There are 15 members of the ASCA Board of Directors in total.

ASCA Board of Directors seats opening in 2021:

The original call-for-nominations to the Board said that candidates were supposed to be announced on August 18, but new ASCA CEO Jennifer LaMont says that they will now be announced on September 1 instead.

To be eligible for a seat on the Board of Directors, an individual must have been a member of ASCA for at least three previous years. The deadline for candidates to submit their names for this year’s election was July 30, and candidates for the positions were announced earlier this month.

He coached the Mission Viejo Nadadores in his first stint from 1972 to 1985, where the club was one of the best in the country. He was rehired there in 2016. Among the biggest names who were coached by Schubert include Janet Evans, Shirley Babashoff, Brian Goodell, Mike O’Brien, Cynthia Woodhead, Lenny Krayzelburg, Jill Sterkel, Jessica Hardy, Erik Vendt, Larsen Jensen, Ous Millouli, Dara Torres, Kaitlin Sandeno, and current USA Swimming National Team Director Lindsay Mintenko.