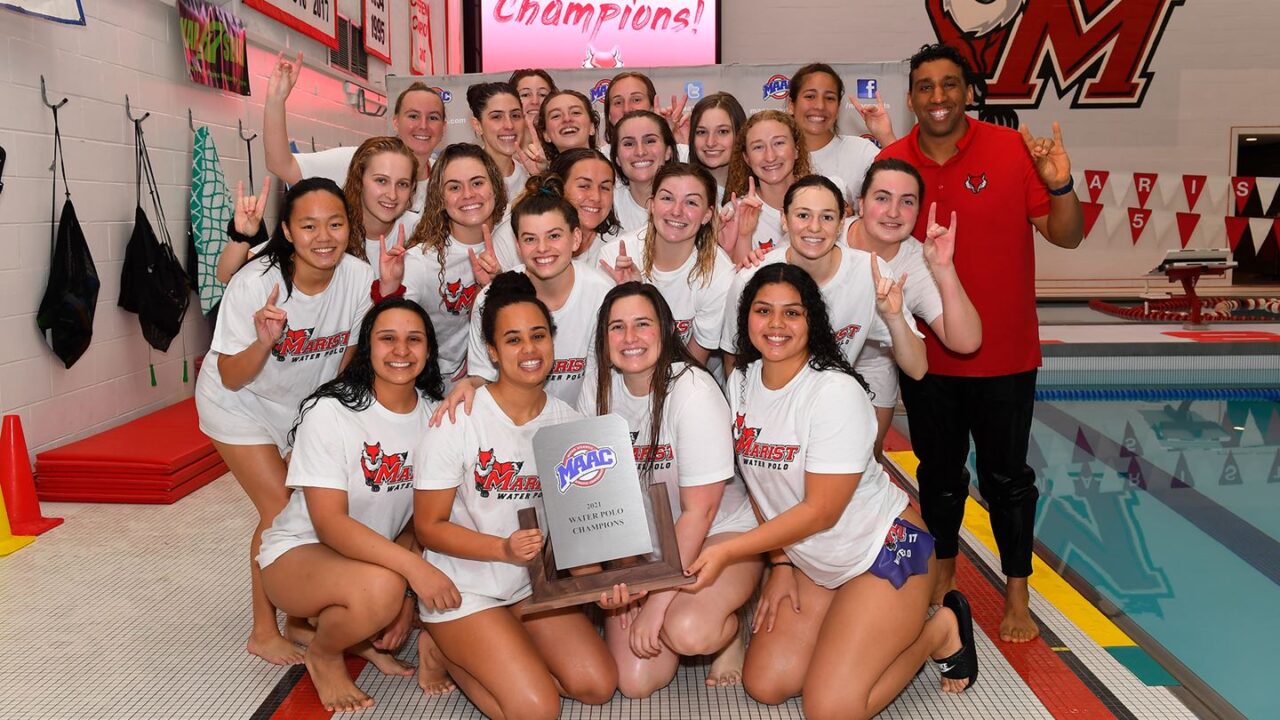 Led by four goals from Bayley Weber, USC doubles up the Sun Devils with a 16-8 semifinal win in Tempe.

The Red Foxes will make their first trip to the NCAA Tournament under Head Coach Chris Vidale, earning their first MAAC title since 2010. Marist also won the MAAC title in 2006, 2008, and 2009.

After falling behind 2-1 early in the first period, Myriam Lizotte scored two goals in a row to put the Red Foxes in front 3-2 and from there they never trailed the rest of the way. Marist’s lead never eclipsed four, however, as the Keydets remained competitive in the third meeting between the two schools in the 2021 campaign. VMI was able to close the deficit to as little as two goals in the fourth quarter, but late goals from Justine Castro and Viktoria Orlova helped lead the Red Foxes to the victory and the title.

The NCAA women’s water polo championship selection show will take place on Monday, May 3rd at 8 p.m. NCAA.com will have a live stream of the announcement. The championship takes place from May 14th-16th at Spieker Aquatics Center in Los Angeles, CA.

POUGHKEEPSIE, N.Y. – The VMI women’s water polo team trailed by just one goal with three minutes to play, but Marist College defeated the Keydets 13-10 to win the game and the Metro Atlantic Athletic Conference (MAAC) title in its home pool Sunday.

The Red Foxes led 10-6 midway through the third period, but there was no quit in the Keydets, playing in their first MAAC Championship game in program history. Genevieve Petrassi and McKenna Imset each scored for VMI before the end of the third to cut the lead to two.

The Red Foxes scored the first goal of the fourth, but VMI countered with tallies from Caragh Osbourne and Imset with 3:06 on the game clock to make it 11-10. Marist was awarded a penalty shot at 2:54 and converted, and added an insurance goal with just over a minute to play.

Petrassi led VMI with a hat trick and Imset scored twice and drew two exclusions. Makenna Moore and Sydney Shettleroe each had a goal and two assists, while Rachel Ahumada, Kiara Anguiano and Osborne all scored once. Maddie Berry had two assists and Katie Loyd made six stops in net.

Marist converted on seven of 13 power play attempts and both penalty shots. VMI scored on four of seven power plays and was not awarded a penalty shot.