Maria Spadoni and Emily Escobedo take on US Trials 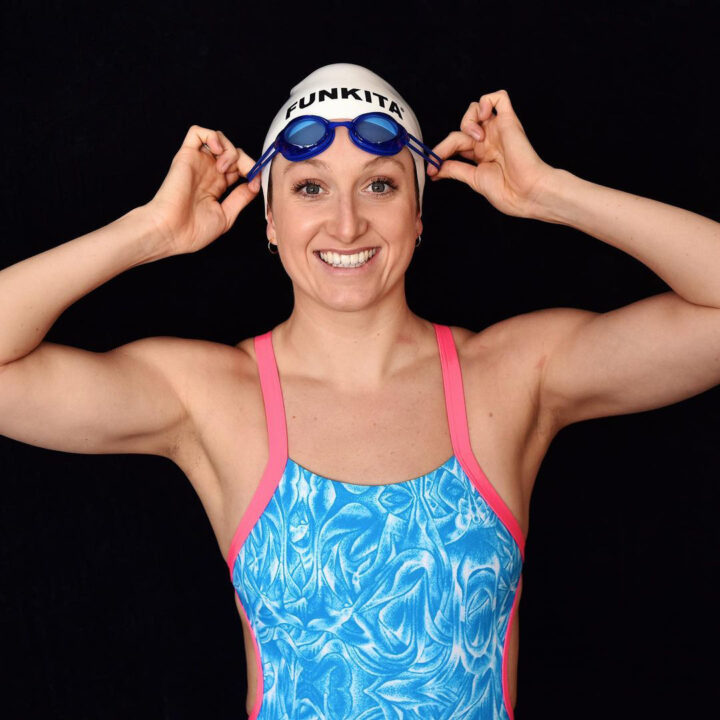 With sights set on representing the United States in Tokyo this July, Funkita-sponsored swimmers Marina Spadoni and Emily Escobedo will compete this month at the U.S. Team Trials in Omaha, Nebraska. The competition comes a year late, on the heels of a universally chaotic year overshadowed by the COVID-19 pandemic.

If you’re not already across the thrilling and unforgiving qualifying process for the US team, here’s a quick summary. After ultra-competitive heats and semi-finals sessions, the top two finishers in the final of each event – regardless of best times or semi-finals results – are selected for the US team. Due to the pandemic, this year’s Trials have an added twist: they are now split into two “waves”, with the second wave requiring faster qualifying times. The top two finishers in each Wave I event will advance to the Wave II competition. And per tradition, the top two finishers in each Wave II event will qualify for Tokyo.

Spadoni who swims for Seahawks Aquatics will compete in Wave I of Trials from June 4-7. Her personal best time of 25.68 in the 50m Freestyle is just 0.03 seconds off the Wave II qualifying time, meaning she will be one of the favourites to advance to Wave II. However, as with every Wave I event, the margins of victory will likely be razor-thin. Over two dozen swimmers have swum within one-tenth of her seed time, and only eight can make the Wave I final. (Unlike Wave II, there will be no semi-finals.)

“It’s going to be a literal crapshoot. It’s anyone’s chance,” said Spadoni. “I’m excited I’ll be one of the top seeds so I can create some momentum and ride it through.”

Spadoni will also compete in the 100m Freestyle at Wave I Trials. Her seed time of 55.86 is 3 tenths off the Wave I top seed and Wave II cut of 55.56, putting her in striking distance of a Wave II berth.

Escobedo (Condors Swim Club) has already qualified for Wave II in both the 100m and 200m Breaststroke. She will likely enter the meet seeded seventh in the 100m event, having swum her personal best time of 1:07.11 earlier this year. With world record holder Lilly King as the top seed, the race for second place could be hotly contested. Apart from King, Molly Hannis is the only swimmer in the field who has ever swum faster than 1:06.

Escobedo’s growing depth of experience and outstanding 2021 season put her in an excellent position to drop time at Trials. “I am so much more positive going into Trials this summer than I was in 2016 and 2012,” she said. “I was so nervous last time and it was crippling! This time, I feel more confident in myself and my abilities.”
On reflection, both Funkita athletes have also expressed their gratitude for the yearlong delay of US Trials. “The extra year was probably the best thing that could have happened to me,” said Spadoni. “I definitely wouldn’t have made finals last year. I have more training and experience now, and I’ve raced these girls more.”

Escobedo agreed: “I think the pandemic actually helped me gain a more positive outlook on swimming and on life in general. Not being able to swim during the beginning of the pandemic made me remember how much I love the sport and how thankful I am to be on this journey.”

About Jonathan Rutter:  Funky Trunks athlete and Yale University swimmer, Jonathan Rutter is brings Funky Trunks and Funkita athletes’ stories and accomplishments to life. Jonathan was born and raised in the US and with his New Zealand heritage competes for New Zealand internationally. The breaststroker and 2018 Oceania Championships ‘Swimmer of the Meet’ is based out of Virginia Tech where he swims for Pinnacle Racing VT, a pro training group under Coach Sergio Lopez Miro. He counts graduating from Yale in the top 10% of his class as one of his most significant achievements, has a fierce breaststroke kick and is rarely seen on pool deck without his loyal rubber chicken.