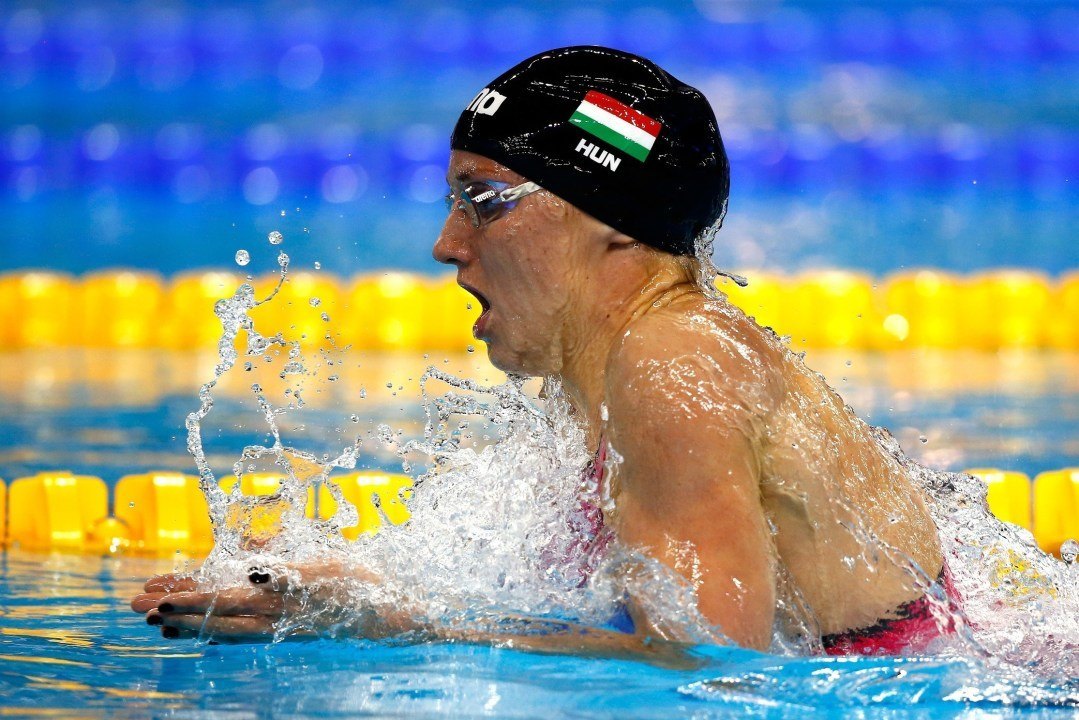 The Maria Lenk Trophy traditionally plays host to some heavy hitting foreign swimmers, but this year's event will not see the same level of international competition... Current photo via FINA

This year’s Maria Lenk Trophy will run from April 6-11 and will be the Brazilian trials for both the Pan American Games in Toronto and the World Championships in Kazan.

The competition traditionally plays host to some heavy hitting foreign swimmers, but this year’s event will not see the same level of international competition.

The 2014 edition saw Hungarian Katinka Hosszu, Jeanette Ottesen of Denmark and Inge Dekker of the Netherlands all compete in the event. Despite early reports that Hosszu and Ottesen would participate in the meet representing the Corrintians it has been confirmed by Alex Pussieldi at Blog do Coach that the two will not take part.

This leaves the event with seven imports, six from Argentina and one from Spain.