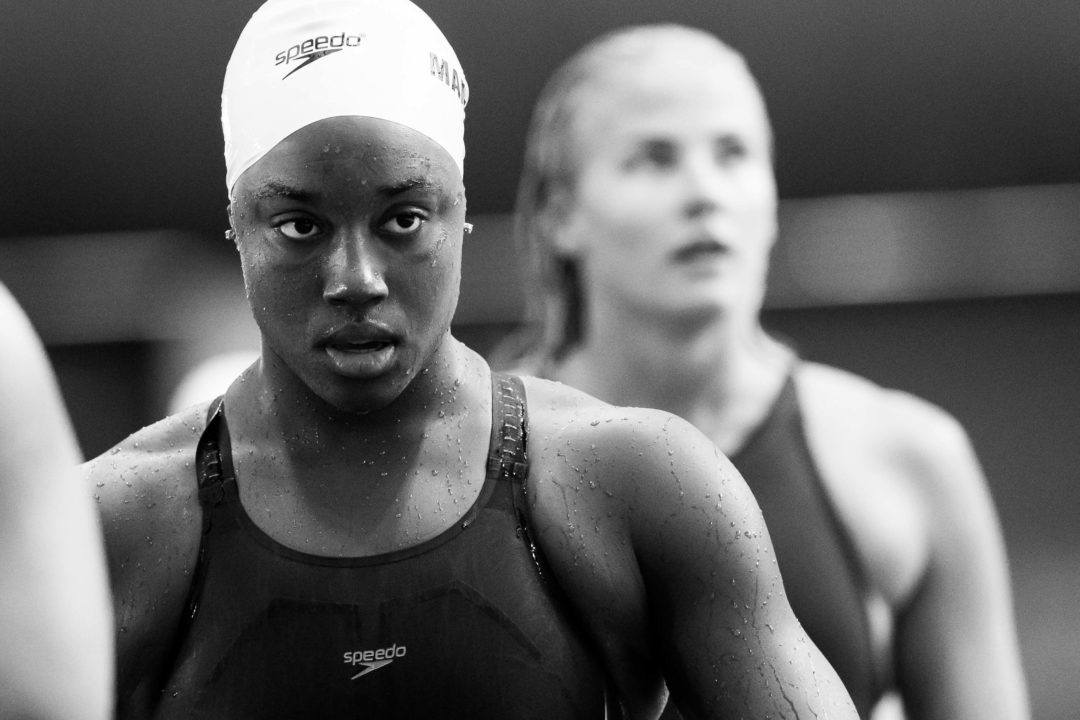 After setting the world record leading off the 400 free relay on day 1, Sweden’s Sarah Sjostrom was considered a slam dunk to win 100 free gold. Simone Manuel was one of the front-runners for silver, but she did the unthinkable in the final.

Sjostrom was out fast, under world record pace in 24.75, but Manuel began making up ground on the last 25. She closed with every stroke, and at the touch she edged Sjostrom by four one-hundredths of a second, 52.27 to 52.31.

Manuel also jumps from 8th to 4th on the all-time top performers list, trailing only Sjostrom, Campbell, and Britta Steffen. It was also the 6th fastest performance in history.

This marks the first U.S. gold in the event since Jenny Thompson won in 1998. This comes just a day after Caeleb Dressel became the first American man to win the title since 2001.

Pernille Blume broke the Danish record for the third consecutive time, clocking 52.69 to win bronze over Comerford (52.77). She makes her way onto the all-time top performers list in 8th.

Didn’t shock me either

When Simone walked out without a smile to the crowd, I knew there was fire in her eyes and sure enough..

Vote Up25-2Vote Down Reply
Not smiling

Me either. Simone Manual is a superstar and showed the world…again!

She’s so focused…she probably went into 50 free mode right after that win. And people on here talking about smiles. Ain’t nobody got time to smile…Simone is concentrating on gold medals. ?

Didn’t she just win the Olympics last year in this event haha.

Any stats on the last time the US won the men’s and women’s 100 free? Olympics or WC?

1991 World Championships in Perth, Australia.
Biondi and Nicole Haislett win for the U.S.

Well, right on Dressel and Manuel!