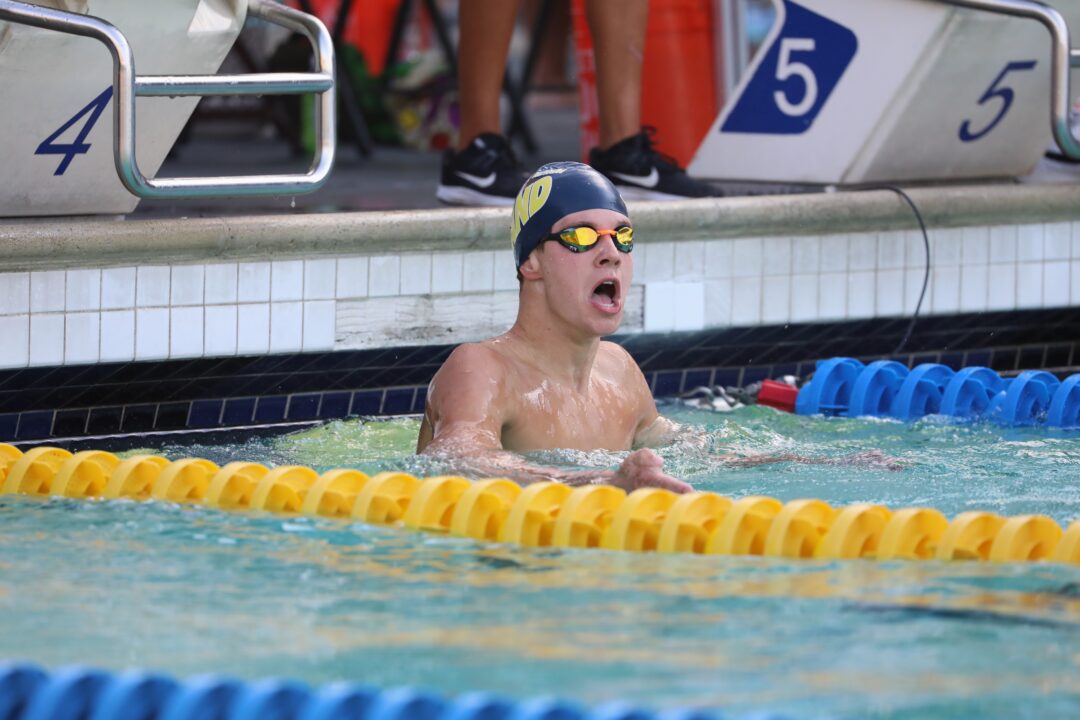 The final day of the 2022 Futures Championships in Santa Clara saw some great racing to close out the meet. Current photo via Abbey Liao/IG @amlxphotography

The final day of the 2022 Futures Championships in Santa Clara saw some great racing to close out the meet.

The women’s 50 free went to Sandpipers of Nevada 17-year-old Audrey Yu. She won the race handily, clocking a 25.81 to touch the wall first by over half a second. The swim was huge for Yu, who entered the meet with a personal best of 26.24 and swam a 26.24 in prelims. Therefore, the performance marks Yu’s first time under 26 seconds in the event.