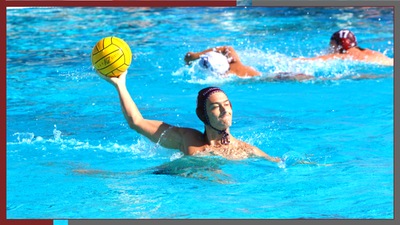 The UC Santa Barbara women’s water polo team set a new program record with 15 of its members being named to the ACWPC Spring 2022 Women’s All-Academic Team.

Let’s take a look at his incoming class and what he had to say about their addition to the program.

“Owen brings size, strength, and a great work ethic with him to the U of R.  A talented athlete and a stand-out student, Owen has a ton of potential to do great things in and out of the pool for the Bulldogs.  He has already shown that he’s a hard worker in the pool and the classroom and I have high expectations for him to do the same thing here as a Bulldog.  I’m excited to see what Owen can do at the next level.”

“Eamon is a high IQ player with a great attitude and passion for the game.  He helped lead Bainbridge Island HS to its first state championship in 25 years.  He is an exciting talent with a very high ceiling.  He plays big in the water and has a great head for the game.  I’m confident Eamon will do great things for the Maroon and Grey.”

“Jake is a competitor in every sense of the word.  He brings with him two years of college experience at San Diego Mesa where he earned MVP honors and shot 75% from the field in his sophomore season.  Jake is a capable scorer but also a “team” guy who is willing to do whatever’s needed to win.  Jake is a dual threat on offense – he can score from the perimeter and create shots from the inside.  He loves to compete and doesn’t shy away from a challenge.  I look forward to seeing what he can accomplish this season.”

“Alec is an extremely capable player that brings with him a wealth of high-level club and college experience.  During the 2021 season, he helped lead Saddleback College to a third-place finish in State, which is tied for its best finish in program history.  On that team, he anchored the defense by guarding center or the opposing team’s best player.  He is a physical, hard-nosed player that brings with him a level of toughness and grit that we’ll welcome into the program.   Alec can take over a game without filling up the stat line.  He’s an in-the-trenches kind of guy that will do whatever the team needs to get a win.”

“Another member of the 2021 Saddleback team that finished third in state in 2021.  Spencer is a very talented and poised left-handed attacker that brings a wealth of competitive experience.  After high school, Spencer went on to play at Saddleback and loves to make plays for his teammates.  He’s a pass-first guy but a very capable scorer.  He’s confident with the ball in his hand and does a great job reading the defense and making the right plays.”

“Callum has a great arm with a strong perimeter shot.  A versatile, well-rounded player who joins the team after spending one year studying and playing water polo at Westcliff College in Irvine.  Callum is our lone international student-athlete and brings with him a unique water polo background.  I’m confident Callum will be another offensive weapon for us this season.  He’s also one of the nicest guys out of the pool and I have no doubt he will fit in great with the team.”

“Andrew, “Higgy” Higginson is a versatile player.  His size, strength and IQ allows him to play multiple positions at a high level.  Andrew gained valuable experience playing for Goldenwest, where he helped lead the team to back-to-back CCCAA state titles.  Higgy adds a ton of high-level, big-game experience to our roster.  He played in two state title games with Goldenwest… the bright lights don’t bother him – he’s the kind of guy that will make a play when his team needs it most.”