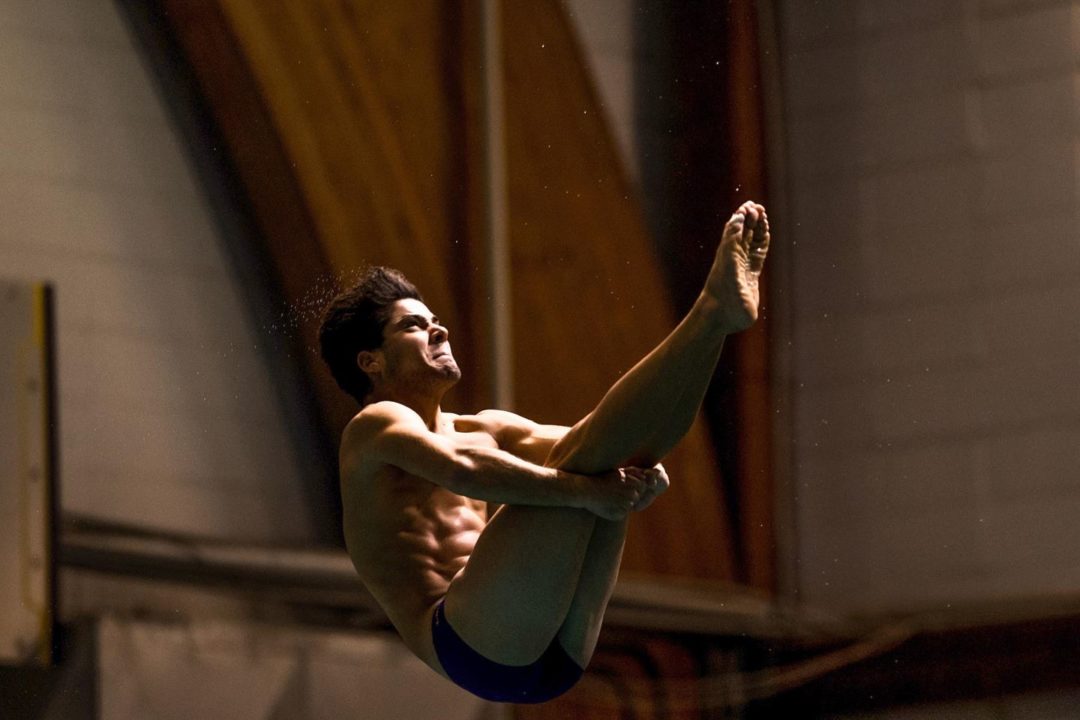 LHN will broadcast a total of six hours of competition from the three-day event, including five hours of live coverage.

The Duke diving team returns to the boards Saturday as the Blue Devils host North Carolina at Taishoff Aquatics Pavilion.

AUBURN, ALA. – LSU divers Manny Vazquez Bas and Dakota Hurbis finished in first and ninth place on men’s platform with scores of 387.40 and 275.50 on the final day of the Auburn Diving Invitational. This is the second time this season Vazquez Bas earned the top spot on platform, also doing so at the 2019 Art Adamson Invitational at Texas A&M. His score today of 387.40 surpassed his season’s best score for men’s platform, which he set at the Art Adamson, by over 30 points.

“I’m happy for Manny and for his performance on the final day of competition” said LSU head diving coach Doug Shaffer. “We’ve been making really good progress on platform and the experience to dive at Auburn, which is where the SEC Championships will be in 2020, is invaluable for our preparation.”

AUBURN, Ala. – The Auburn men closed out the Auburn Diving Invitational with the platform competition Thursday where sophomore Conner Pruitt finished second with 368.40 points and freshman Skip Donald took seventh place with 286.20 points.

“I was pleased with some of the things that we did,” Auburn head diving coach Jeff Shaffer said. “Conner’s got to be a little sharper on finishing some dives, but he had a strong take off on his back two-and-a-half. He just has to make a commitment with his legs on his kickout.”

It was a stellar three days for Pruitt, who also won the 3-meter event Wednesday and finished second in the 1-meter event on Tuesday.

For Donald, Thursday’s competition markedhis collegiate debut on platform. The freshman earned an NCAA zone qualifying score the day before in the prelims of the 3-meter event where his 336.70 points was a personal best.

“This (meet) pointed out where we are and what we need to focus on,” Shaffer said. “But coming into the meet, one of our goals was for everybody to get two lists in the events that have prelims and finals and get some personal bests, which we did.”

After two weeks off, the Auburn divers will return to the boards Jan. 3 when they travel to Knoxville for the Tennessee Diving Invitational, a three-day competition.

The men’s and swimming teams will host Virginia for a dual meet on Jan. 4.