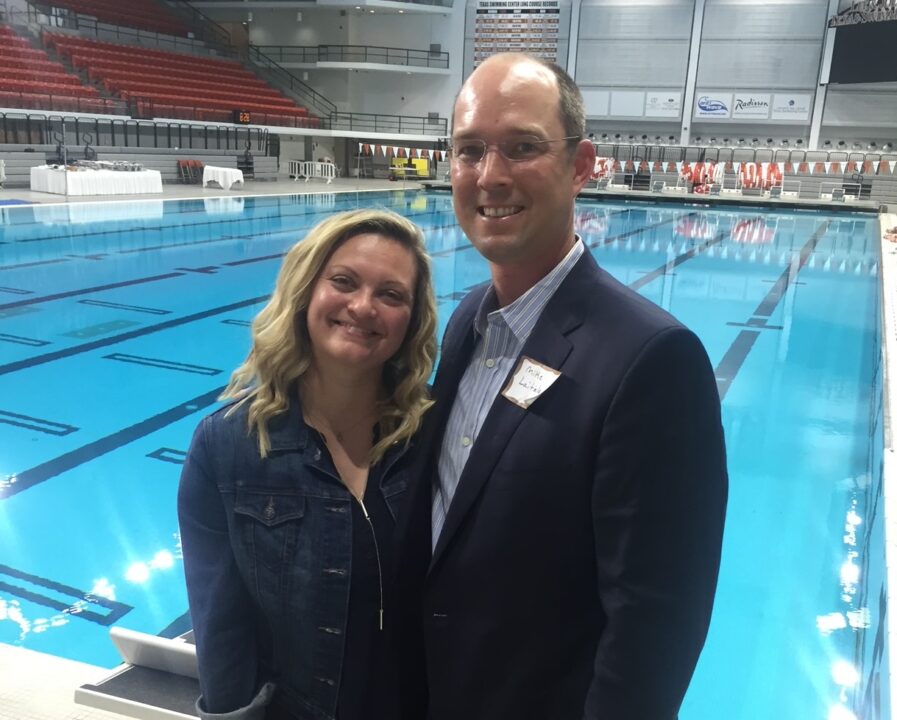 The home of Mike Laitala, the head coach at Longhorn Aquatics in Austin, Texas, and his wife Bridgette, the club’s assistant director, burned down on Thursday evening while they were at the Texas Swim Center conducting practice. The couple’s dogs, Buddy and Cissy, died in the fire.

According to a GoFundMe started by Bridgette Laitala’s sister Kelly Sieber, police believe that an electrical fire in the kitchen pantry caused the fire.

“Buddy and Cissy meant everything to them and were considered children,” Sieber said on the GoFundMe page.

So far, $32,595 has been raised out of a $35,000 goal. Among the names on the donation list are several well-known coaches from around the state and country, former Texas All-Americans, generous donations from current University of Texas coaches, and several large anonymous donations.

Laitala has been the full-time head coach of Longhorn Aquatics since 2012, when the club removed the “interim” tag from him. He spent the previous 3 years as the program’s associate head coach.

Man that’s absolutely tragic, feel terrible for them. Hopefully the swim community can help them get back on their feet and help them recover

😭 so sad. Prayers for all involved

That’s so very sad!
Losing two beautiful dogs 🐶 is absolutely heartbreaking. My family will have Mike, Bridgette, Buddy, and Cissy in our prayers tonight.

Heartbroken for Mike and Bridgette and nothing but prayers for them.

They can replace/rebuild the house…I feel heartbroken for the poor dogs. I can only imagine what these poor pups went thru. We have three dogs ourself and I cannot even imagine going thru something like this

I miss chatting with you two at meets in Austin. I am absolutely heart broken about your poor babies.