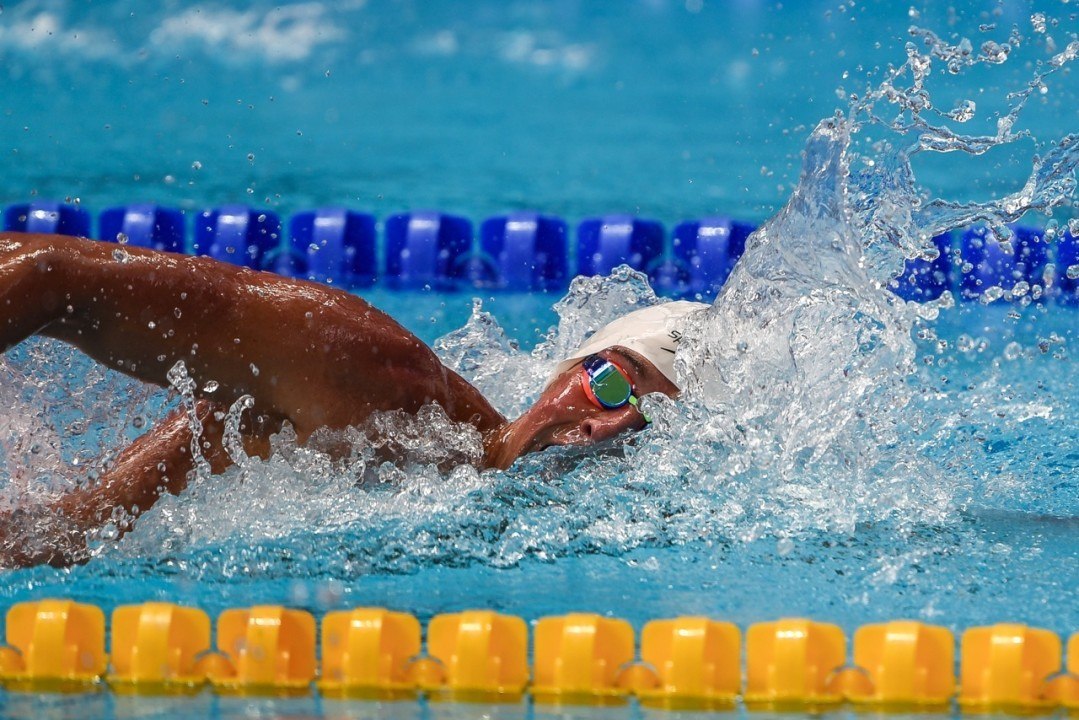 Ryan Lochte and Tyler Clary will be among the biggest names not competing on the final night of the Arena Pro Swim Series at Minneapolis. Archive photo via Peter Sukenik/www.petersukenik.com

Ryan Lochte and Tyler Clary will be among the biggest names not competing on the final night of the Arena Pro Swim Series at Minneapolis.

They are joined by their SwimMAC teammate Kirsty Coventry on the scratch list out of the top 8. Clary, Lochte and Coventry have all dropped the 200 back, Lochte the 100 free and Coventry the 200 IM.

Also out of that women’s 200 IM final is Maya DiRado, who was the second qualifier out of prelims. She appears to have dropped that race to focus on the 200 backstroke, where she is seeded third.

The most drastic change to the night’s lineup will be that men’s 200 back, where Lochte and Clary were the top two seeds. Clary, of course, is the defending Olympic champion in the event.

The scratches out of tonight’s A finals, with their prelims places in parentheses:

In the women’s IM, Justine Bowker and Elizabeth Pelton are the beneficiaries of the scratches, moving into the outside lanes of the A final. In the women’s 200 back, Minnesota Gopher Brooke Zeiger earns a spot in the A final, her second A final of the night (she’s also in the 200 IM after breaking the Minnesota school record in prelims).

In the men’s 200 back, Louisville’s Aaron Greene is the new top seed, with his teammate Nolan Tesone and Canadian Markus Thormeyer rising to fill in the A heat. And in the men’s 100 free, Club Wolverine’s Geoff Cheah takes lane 8 in Lochte’s absence.

Any clues as to why any of them scratched?