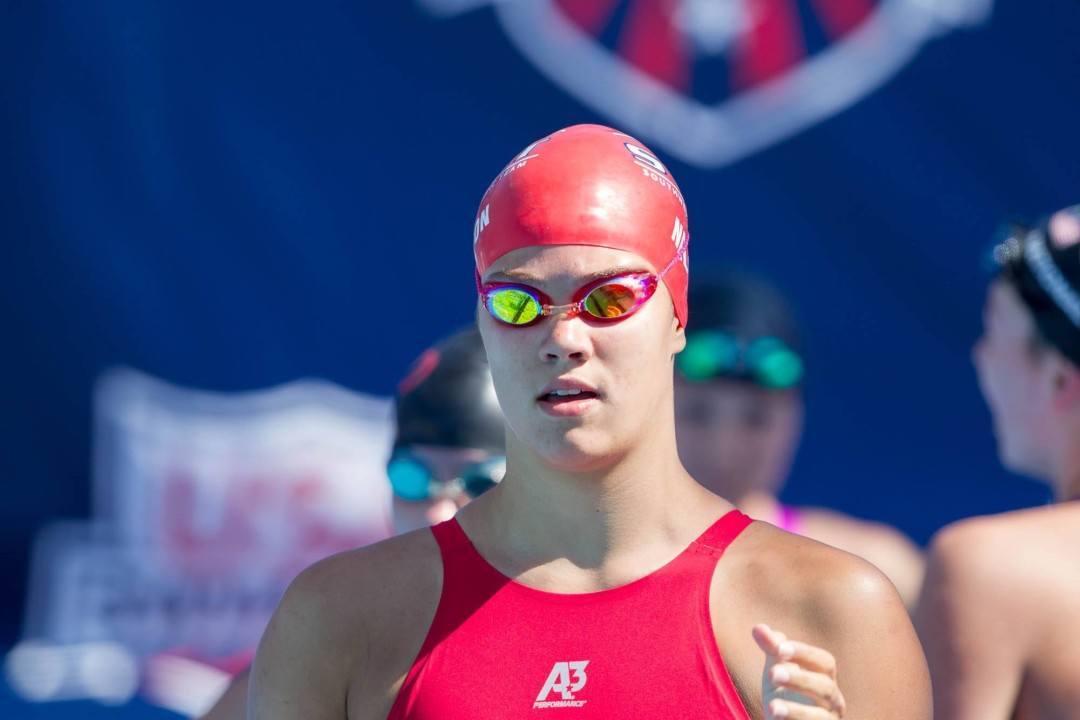 Beata Nelson of Verona/Mt. Horeb has set a new national public high school record in the 100 fly at the... Archive photo via Tim Binning/TheSwimPictures.com

Beata Nelson of Verona/Mt. Horeb has set a new national public high school record in the 100 fly at the Wisconsin High School Division I Championships, recording a 51.62 to take the state title.

Nelson, who recently committed to the Wisconsin Badgers, took control of this race early with a lights-out first 50 and held on to unseat her own national public record of 51.70, which was set last year at this meet.

Just out of reach was Cal freshman Katie McLaughlin‘s overall and independent national record of 51.53, which she set last May as a high school senior.

The Wisconsin meet is not yet over as of this report, but Nelson has already led off the Verona/Mt. Horeb medley relay in 24.81.

Check here for live results from this meet.