Liberty’s Hannah Baker Nominated For NCAA Woman of the Year 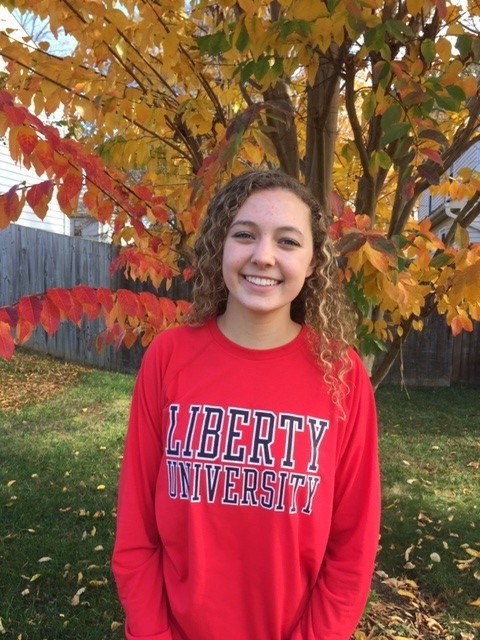 LYNCHBURG, Va. – Liberty standout swimmer Hannah Baker is one of a record-setting number of nominees for the 2020 NCAA Woman of the Year award.

On Tuesday, the NCAA announced a record 605 nominees for one of its top annual honors. Rooted in Title IX, the NCAA Woman of the Year Award was established in 1991 to recognize graduating female student-athletes who have exhausted their eligibility and distinguished themselves in academics, athletics, service and leadership throughout their collegiate careers.

The 605 nominees for the program’s 30th annual award posted an average GPA of 3.73 and included 128 student-athletes who competed in multiple sports.

Baker has earned a number of accolades throughout her time at Liberty, headlined by the 2020 Rock Royer/Mac Rivera Award. This prestigious award recognizes the Liberty University graduating senior student-athlete who has maintained an exemplary testimony on the playing field, in the classroom and among the student body.

A two-time team captain, Baker helped the Lady Flames capture back-to-back CCSA titles in 2019 and 2020. She swam on nine CCSA-champion relay teams and was a five-time CCSA individual podium finisher. Her 1:46.55 leadoff leg of Liberty’s CCSA and conference-meet record 7:10.73 800 free relay in 2018 remains a program record for 200 freestyle.

Baker is the third swimmer all-time at Liberty to go 12-for-12 at CCSA Championships, qualifying for A Finals in all 12 individual events she entered at conference meets over the last four years. She is the first swimmer in program history to earn top-three CCSA finishes in the 50 free, 100 free and 200 free during her career. During her time at Liberty, the Lady Flames posted a 49-7 dual-meet record, the winningest four-year dual-meet record in program history.

A native of Fairfax, Va. who maintained a 3.95 GPA, Baker graduated in May with a bachelor’s degree in nursing. She was named a 2018 CSCAA Scholar All-America honorable mention recipient. During her time at Liberty, she has helped the swimming & diving team achieve national acclaim, as the team’s 3.79 GPA in Fall 2018 was the highest of any NCAA swimming & diving team in the nation.

Outside of the pool and classroom, Baker has spent many hours helping with community service projects. During her time at Liberty, she aided with the Dollar Makes a Difference campaign, Trick of Treat so Others Can Eat, Share the Warmth, Serve Lynchburg, R.S. Payne School Field Day, Human Kind 5K and Fun Run, Football Clean-up, Liberty Athletics Golf Outing and Freedom 424 5K.

Conference offices will select up to two nominees each from their pool of member school nominees. All nominees who compete in a sport not sponsored by their school’s primary conference, as well as associate conference nominees and independent nominees, will be considered by a selection committee. Then, the Woman of the Year selection committee, made up of representatives from the NCAA membership, will choose the Top 30 honorees — 10 from each division.

From the Top 30, the Woman of the Year selection committee will determine the top three honorees in each division and announce nine finalists. The NCAA Committee on Women’s Athletics then will choose the 2020 NCAA Woman of the Year, who will be named this fall.