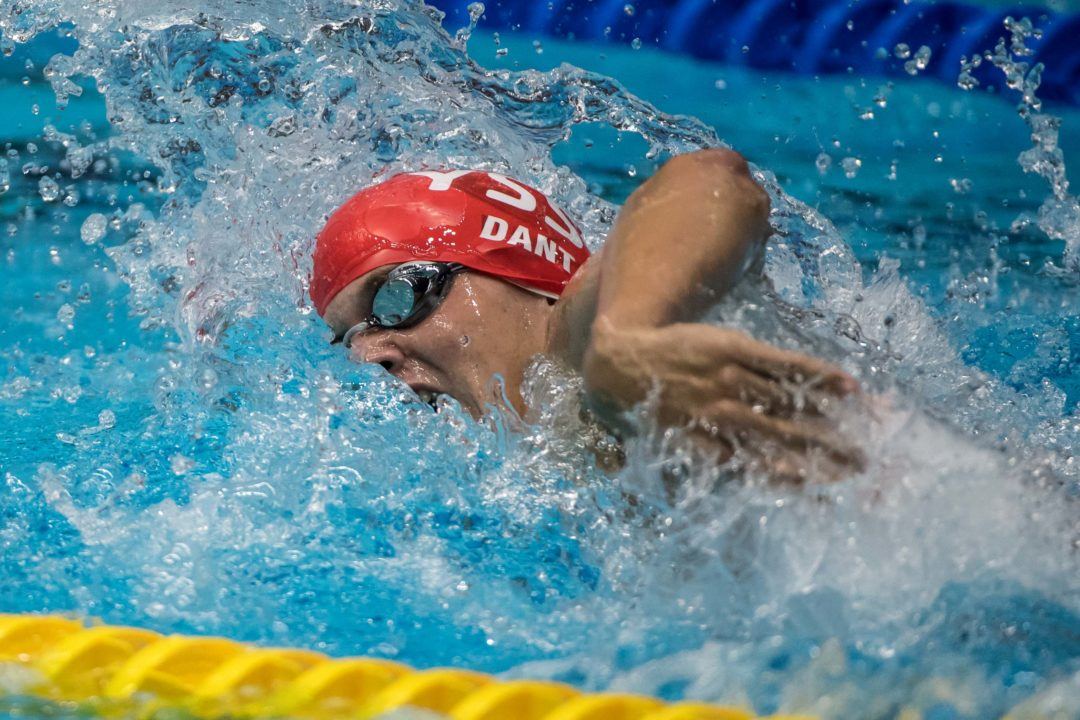 Last weekend, SwimSwam caught up with Junior Pan Pacs distance freestyle champion Ross Dant at the RAYS Invite in Rock Hill, South Carolina. Dant, who used the meet as a tune-up following an injury earlier this season, told us about his plans to train through the 2018 US Winter Nationals, which will be held in Greensboro, North Carolina, November 28th-December 1st.

Dant told us that he would not be resting for Nationals, opting to train through the meet and focus on YMCA Nationals in spring of 2019. Dant, who is the YMCA National Record holder in the 1650 with a time of 14:50.97, announced his intention to swim at national powerhouse NC State in early 2018.

What an incredible athlete. Pinnacle of human performance

Whoever downvoted it probably recognizes that guys like brinegar and finke were all sub 14:40 in high school

1
-1
Reply
Not your moms cornbread

2
-1
Reply
James Beam
Reply to  Not your moms cornbread

are you putting down YMCA swimmers?