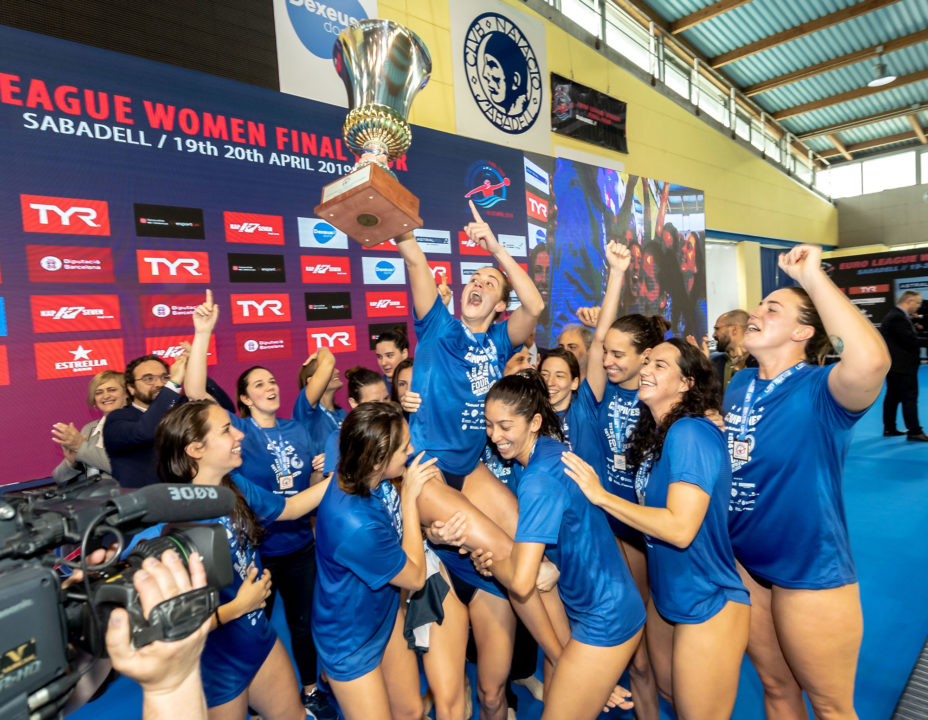 Olympiacos and Sabadell are on their way to the Final Four, while the encounter of UVSE and Kirishi is wide open. Archive photo via © Giorgio Scala - Deepbluemedia - Insidefoto

The second leg of three Euro League quarterfinals are to go ahead, while the fourth, scheduled to take place in Russia, is suspended. Olympiacos and Sabadell are on their way to the Final Four, while the encounter of UVSE and Kirishi is wide open.

In wake of the current situation in Ukraine, there were question marks in relation to the upcoming Euro League quarter-final matches which feature two teams from Russia. As of today, Kirishi’s game in Budapest will go ahead as the 2017-18 champions arrived at Hungary. At the same time, Padova’s trip to Russia is cancelled as the Italians were stopped by the local authorities which ban any travel to Russia these days. Thus, the game between Uralochka and Padova is suspended until further notice – it should take place at a neutral venue, however, it’s yet to be explored which country is available to host the match.

As for the other three duels, after the first leg only the clash of UVSE and Kirishi seems to have remained open. The Russians gained a single-goal advantage three weeks ago and the Magyars are eager to turn the cards and qualify for the F4 for the second straight year. Kirishi lost the QF last season too, something barely happened to them in recent editions, so they are also keen to avoid back-to-back failures.

Olympiacos and Sabadell – finalists in 2019 – claimed 5-goal wins respectively in the first leg so they are almost there. The Greeks visit Dunaujvaros, the team they had beaten last spring in the final, and they look to be well set for a title-defence campaign in the F4.

Five-time champion Sabadell, with a strong line-up again, also earned a decisive victory and they achieved it in their away match in Piraeus over Ethnikos so the Spaniards should have no headaches while playing at home on Saturday.