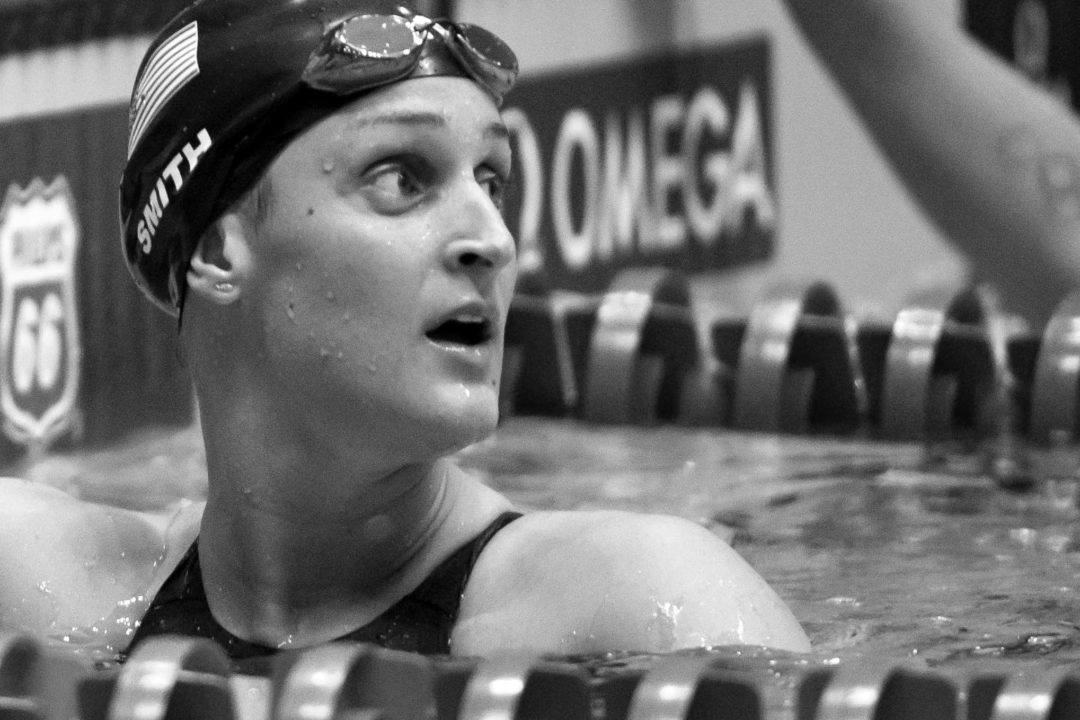 The top seed in four events, Leah Smith was a no-show in both her swims on day 1 of the Pro Swim Series in Austin, Texas. Archive photo via Mike Lewis/Ola Vista Photography

Update: Smith confirmed to SwimSwam that she was meant to have been scratched from Austin prior to the release of the psych sheets, but there was an administrative mixup. She isn’t in Austin this week, and instead stayed home to train.

The top seed in four events, Leah Smith was a no-show in both her swims on day 1 of the Pro Swim Series in Austin, Texas.

Smith was slated to swim both the 400 IM and 200 free, but did not appear for either race. That, combined with the fact that Kaitlin Sandeno didn’t start Smith in her SwimSquad lineup, suggests that Smith may be a scratch from the entire Austin meet.

This is Smith’s first season as a pro. She graduated from the University of Virginia last spring and moved out to Arizona to continue her pro career. Her college coach, Augie Busch, left Virginia in the offseason to take the head coaching job at the University of Arizona, and Smith followed Busch to compete with Arizona’s companion club, Tucson Ford Dealer Aquatics. Smith only swam one meet last fall, competing in two events at the Texas Hall of Fame Invite.

SUNY Cal – we reached out to ask her, but no response.