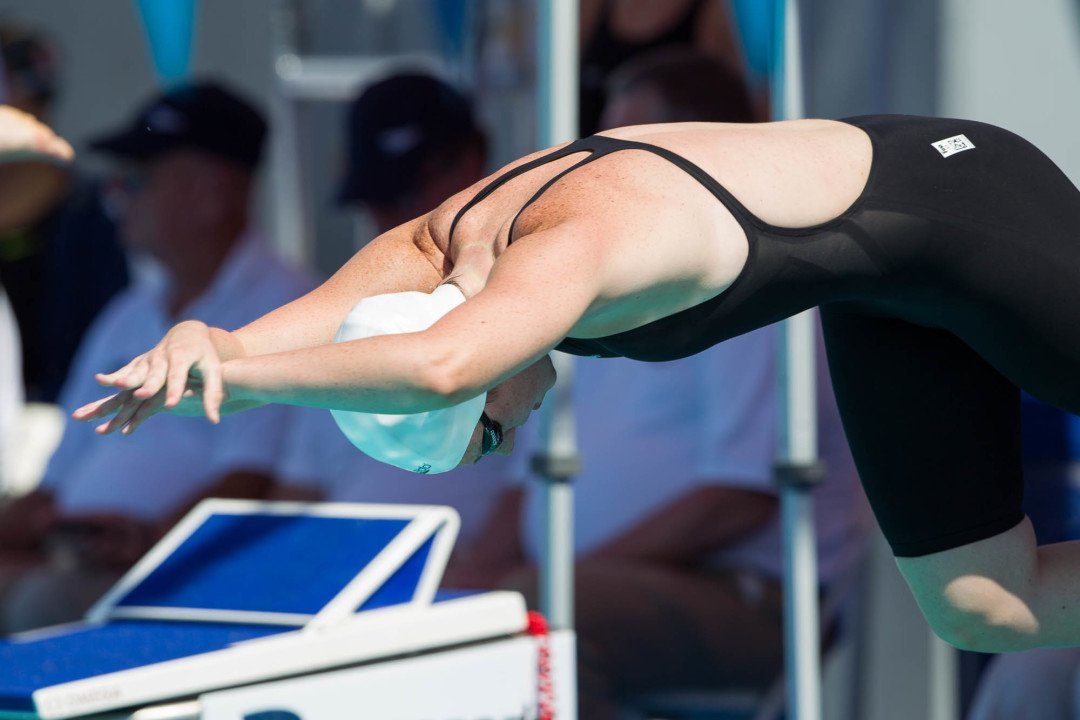 The meet is a rare high school short course meters event, a triangular between the Baylor School, Science Hill and Hardin Valley. It was the Hardin Valley girls who took over late in the meet, knocking down a pair of national records. Both came in 400-meter freestyle events: one individual and one a relay.

First, it was 17-year-old Erica Laning who took down the individual mark, going 4:12.68 to win the 400 free. That didn’t just break the record; it smashed it. The old national public high school record was a 4:14.26 set back in 2011 by Kaitlyn Pawlowicz. Then a standout in the state of Virginia for Oakton High, Pawlowicz has gone on to a successful NCAA career with the University of Texas. That public high school record was also the overall high school record, which Laning now owns as well. Laning herself has committed to swim at Arizona State University next year.

Laning returned with her Hardin Valley teammates to knock down the public high school record in the 400 free relay to end the meet. The team went 3:50.74 to smash five full seconds off a 9-year-old record. It was previously held by another Virginia team: James Robinson High, which was 3:55.88 in 2007 with a team that included future U.S. National Teamer Amanda Kendall.

Full results of the meet are available on Meet Mobile.