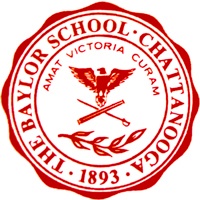 Trey Freeman of the Baylor School in Chattanooga, Tennessee, has broken the National Independent High School Record in the 200...

Trey Freeman of the Baylor School in Chattanooga, Tennessee, has broken the National Independent High School Record in the 200 short course meter freestyle.

Swimming at the team’s annual short course meters meet, he clocked in at 1:47.46, which is over two seconds faster than the existing 34-year old record of 1:49.79 set back in 1982. The old record belonged to Richard Saeger of Mercersburg Academy in Pennsylvania, who did his swim on March 2nd, 1982. Saeger would go on to swim at the 1984 Olympics where he was a part of the World Record setting American men’s 800 free relay.

While not formally kept by NISCA, Freeman’s swim also technically breaks the overall National High School Record in the race. The record for public schools is 1:51.58, done by John Kennedy of St Joseph’s High School (Metuchen, NJ) in 1988.

Because Baylor’s 25 meter course is a ‘certified” NISCA pool, it won’t have to be specially measured for the record to be certified.

That time converts to a 1:36.81 for those who are curious

This is supreme clickbait

Click Bait yes, but still a solid in season swim with some great relay splits.