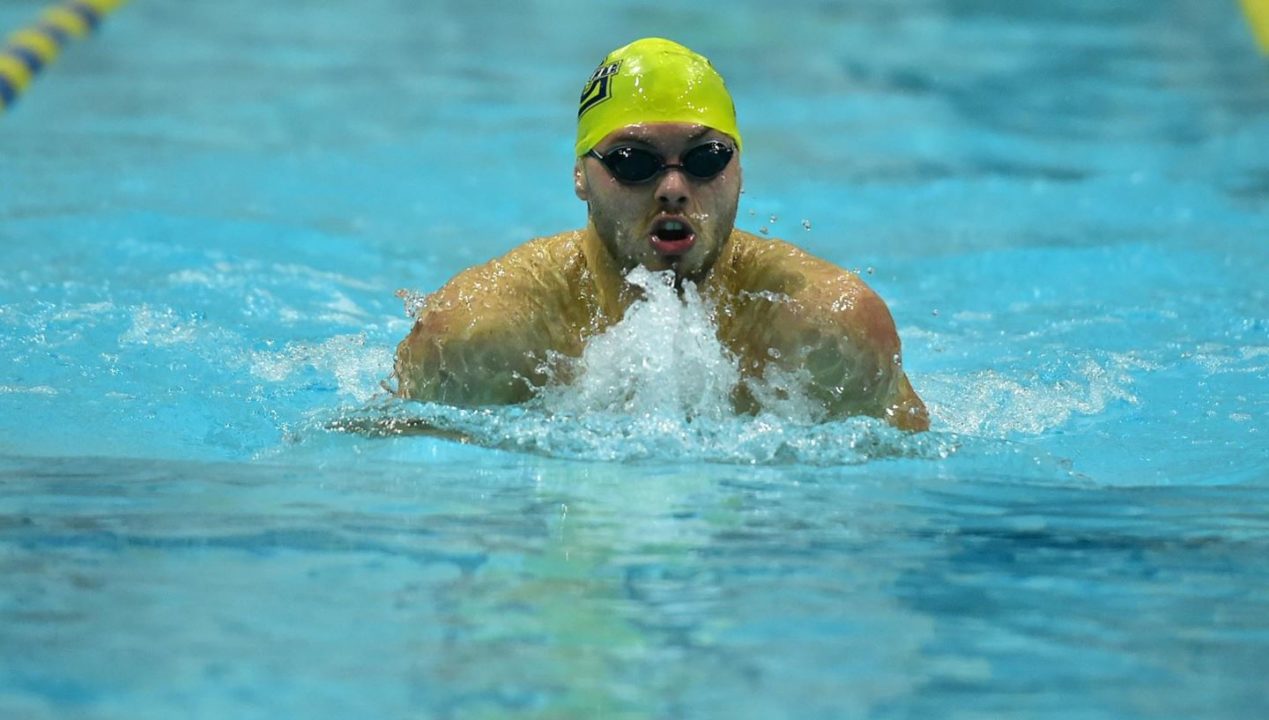 PHILADELPHIA – It was a good start to the second semester for women’s swimming & diving, defeating Monmouth 173-117 in the penultimate home meet of the season. The Explorers combined for eight individual victories with freshman Toni Rafferty accounting for three wins and sophomore Anne Moser claiming two top finishes.

NOTES & QUOTES
“The first meet of the spring semester is always challenging after not competing since early December. It can be a difficult transition back to racing after the heavy workload on our winter training trip. The team responded well throughout the meet showing great energy and spirit. We will need to focus on the details as we build toward the MAAC Championships.”
– Monmouth head coach Matt Nunnally

– Monmouth’s men won the 200-yard free relay with a time of 1:28.54 as Blake Reynolds, Valance Washington, Kevin Del Giorno and Dylan Barkhuizen teamed up for the victory.

UP NEXT
Monmouth will return home to Steadman Natatorium on Saturday afternoon. Both teams will compete against Saint Peter’s, with the women swimming in a tri-meet against Long Island University.