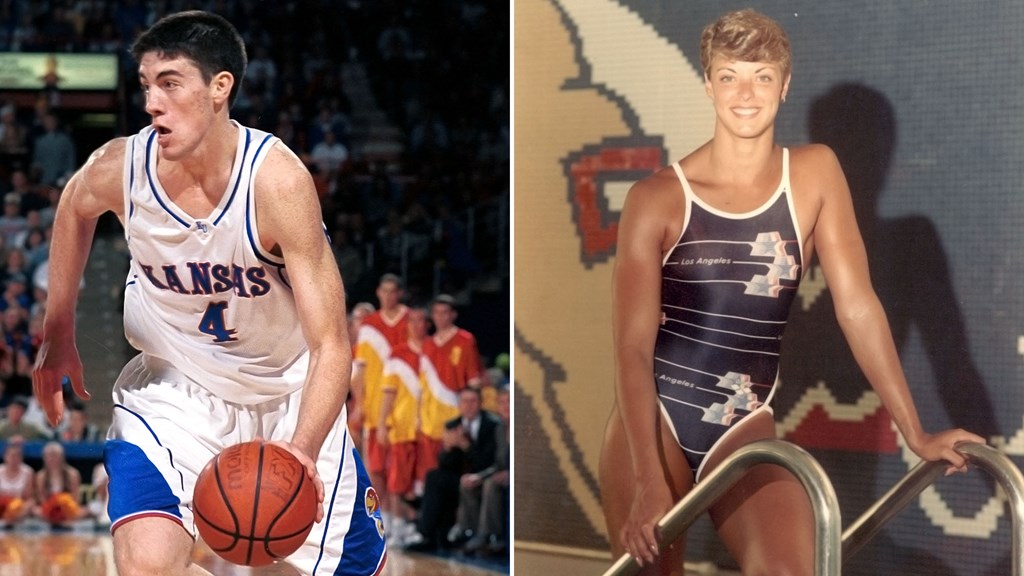 WICHITA, Kan. – University of Kansas swimming standout Tammy Thomas Ammons and men’s basketball stalwart Nick Collison will be part of the Kansas Sports Hall of Fame (KSHOF) Class of 2019, the KSHOF announced Thursday. The Jayhawk duo, along with 11 others, will be inducted on Sunday, Oct. 6, at the Kansas Star Casino.

Ammons was a two-time NCAA swimming champion and 17-time All-American while at Kansas in the early 1980s. Collison was a 2003 Consensus All-America First Team selection who had a 19-year NBA career.

NICK COLLISON – Iowa Falls (IA) H.S., 1999 / University of Kansas, 2003
McDonald’s All-American selection in high school. Four-year letterman at the University of Kansas. Consensus All-American selection in 2003. Two-time Big 12 Conference selection. Named the 2003 NABC National Player of the Year and the 2003 Big 12 Male Athlete of the Year. Ended KU career as Big 12 Conference career leader in scoring and rebounds. Led Jayhawks to two Final Four appearances in 2002 and 2003. Drafted in the first round of the 2003 NBA Draft by the Seattle Supersonics. Played fourteen NBA seasons with the Supersonics and Oklahoma City Thunder. Averaged 5.9 points and 5.2 rebounds in 910 professional games. Jersey retired by KU in 2003 and jersey retired by the Oklahoma City Thunder in 2019.