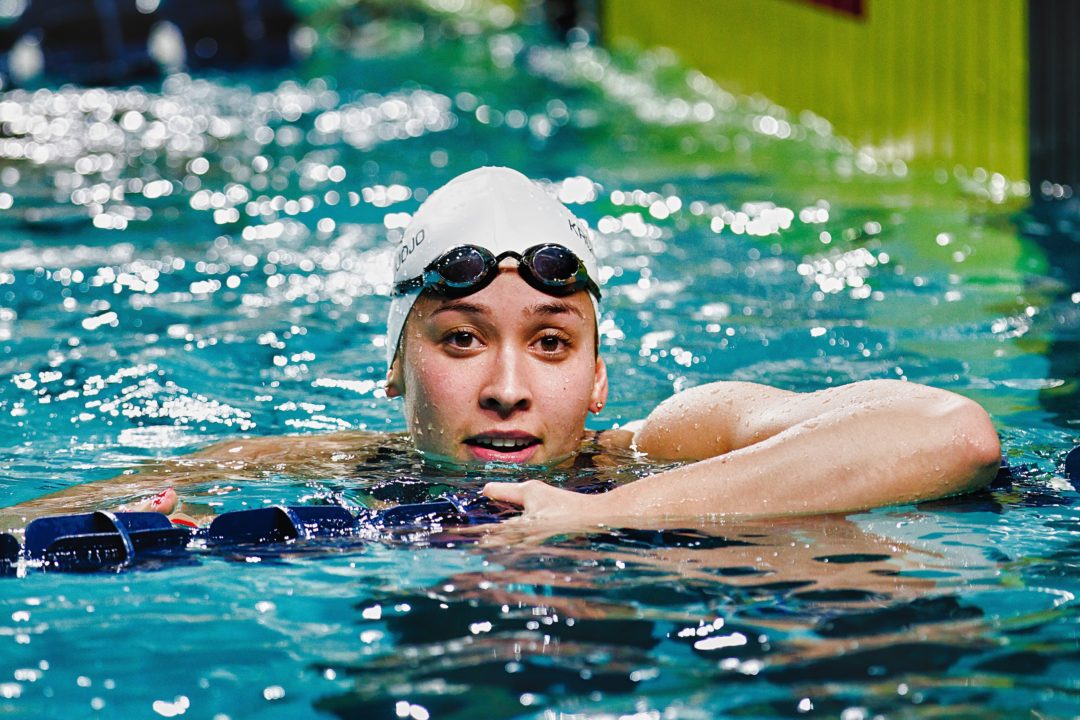 Jacco Verhaeren, who has been the coach of the club at PSV Eindhoven that includes the world’s best female sprinter Ranomi Kromowidjojo, has accepted the position as the Technical Director for the Dutch Swimming Federation (KNZB) through the 2016 Olympics, the federation revealed this week.

That means that the 50 and 100 freestyle double Olympic Champion known as “Kromo” will be under the hand of a new trainer headed toward Barcelona, and eventually Rio. That trainer, specifically, is Marcel Wouda, Verhaeren’s successor at the national training center, who began his duties as the lead of the group on Monday.

Verhaeren told a press conference that he was torn in the decision.

“The combination of technical director and coach is tough, but that was not the only reason,” he said of the decision. “I felt that I could not give 100 percent to the daily supervision of top swimmers and so you have to draw the conclusion that you are also obliged to your athletes.”

Wouda is a well-known name within Dutch Swimming as well as the 40-year old was arguably the man who set off the Dutch swimming explosion of the late 90’s and early 2000’s. As then a veteran of the team, he took a gold at the 1998 Perth World Championships in the 200 IM, which made him the first Dutch swimmer ever to win a world title (before van den Hoogenband, before de Bruijn, before Kromowidjojo and the current generation of stars).

As a coach, Wouda has spent two years as the head coach of the Dutch Junior National Team, where he first worked with Kromowidjojo.

“”We know each other from the time that Marcel was youth coach,” she said of her comfort level. “I am confident.”

The timing should work out well; Kromowidjojo has already said that she is skipping this year’s Short Course World Championships, so she will have time to adjust to her new coach before needing to make any serious international appearances.

Wouda has most recently worked with other top dutch sprinters like Hinkelien Schreuder, and previously has worked with male stars as too (including Joeri Verlinden). Interestingly, he has also trained some of the country’s top distance swimmers, like rising star Job Kleinhuis. We’ll have to watch how that distance background plays into Kromowidjojo’s training patterns moving forward (perhaps we’ll get the chance to see her extend to a 200 from time-to-time).

Wasn’t Wouda also a teammate of Tom Dolan and Erik Namesnik at Michigan?

Sure was. Impressive IM group they had going there, ehh? #MichiganIM’s

Marcel can coach any distance and is one of the worlds best coaches. From his own experience as an athlete at Michigan, to his coaching of Martin in the 10K (Gold, Beijing): The Dutch have nothing to worry about in this transition. I like when athletes can swim for coaches in their own nation. It seems to make their accomplishments a more clean representation of their nations will and ability to succeed. Based on population, the Dutch are killing it internationally. The better they remain: the better we have to be as well.