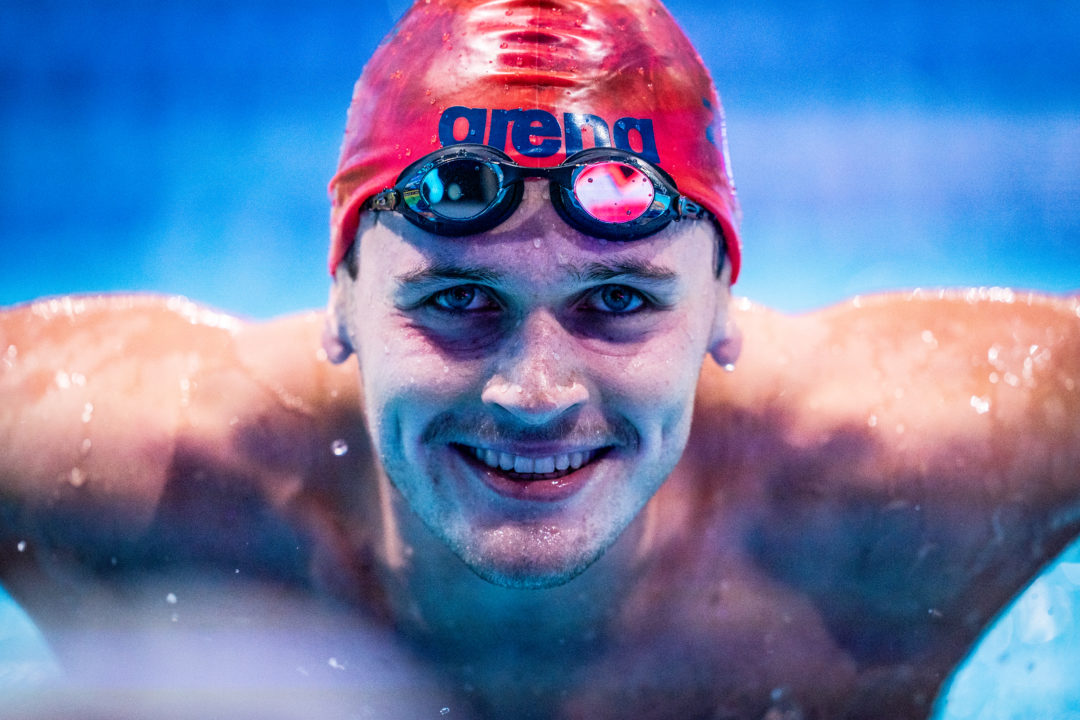 Zirk has reset the record four times since the end of March, with this latest showing in Canet bringing the record under 1:47 for the first time (1:46.90). Archive photo via Mine Kasapoglu

Kregor Zirk‘s 2021 record breaking spree continued on the opening day of the 2021 Mare Nostrum stop in Canet, as the Estonian downed his National Record yet again in the men’s 200 freestyle.

The 21-year-old won the event in decisive fashion in a time of 1:46.90, improving on his previous record of 1:47.01 set just two days prior at the first Mare Nostrum meet in Monaco.

Zirk has now lowered the mark four times over the last 10 weeks. Entering 2021, the Estonian National Record stood at 1:48.51, set by Zirk at the 2019 World Championships. He then brought it down to 1:47.99 in late March while competing in Turkey, and then was over nine tenths quicker (1:47.06) in April at the Swim Open Stockholm meet.

In between these record swims, Zirk, who has represented Energy Standard in each of the first two International Swimming League seasons, also raced the event at the 2021 European Championships in Budapest, clocking 1:47.78 in the prelims before going 1:47.16 in the semi-finals to finish in a tie for 10th overall.

Below are Zirk’s splits in all four of his record-breaking swims in 2021, plus his semi-final effort at the European Championships.

After near-identical splitting in Stockholm, Budapest and Monaco, Zirk clearly altered his strategy in Canet, going out easier on the opening 100 (almost a full second slower than in Monaco), but coming home much quicker, including a blistering 26.74 final 50.

He now sits just over a tenth outside of the world’s top-25 ranked swimmers in the event this season, with 25th place sitting at 1:46.76.

Zirk’s time in Monaco also put him under the FINA ‘A’ standard of 1:47.02 for the first time, which should slot him onto Estonia’s Olympic team. Currently, 14-year-old female breaststroker Eneli Jefimova is the only Estonian swimmer confirmed for the team.