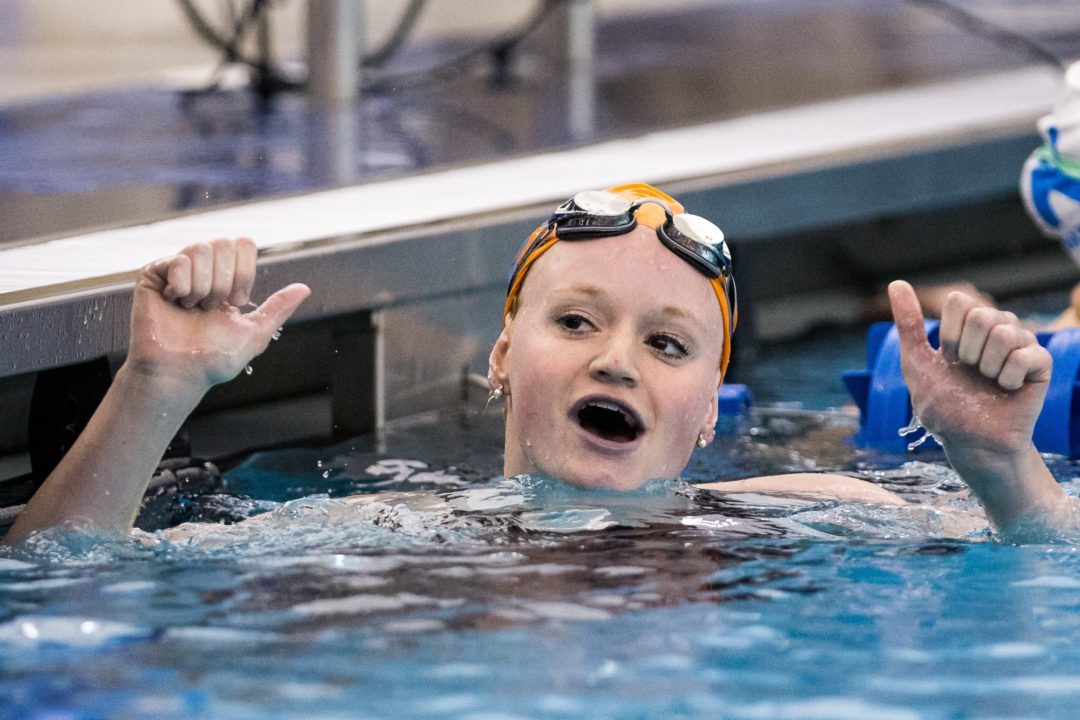 Megan Kingsley made a return to the pool on day 3 of Athens Sectionals.

Megan Kingsley of the Athens Bulldogs made a return to competition this morning at Athens Sectionals, her first meet since the NCAA Championships in March.

Kingsley has dealt with knee problems for a while now, and dislocated it last year at the Longhorn Elite Invite. She opted to swim Olympic Trials, making it through to the semis of the 200 fly, and managed to start her junior season with Georgia injury free. However, two months into the season her other knee, the right one, dislocated while at home. She recovered enough to compete at SECs and NCAAs, scoring some individual points, but afterwards planned to have surgery on both knees, three months apart, with the first one coming in late March.

There were plenty of exciting races on day 1 in Athens, including a couple of notable names going head-to-head in the 50 free. Rising NCAA star Dean Farris and Brazilian Olympian Matheus Santana battled it out, with Farris winning in 22.78 to Santana’s 22.95.

Farris had another impressive showing on day 2, winning the 100 back shortly after finishing 4th in a tight 200 free final.

Our savior, Dean Farris, has returned!