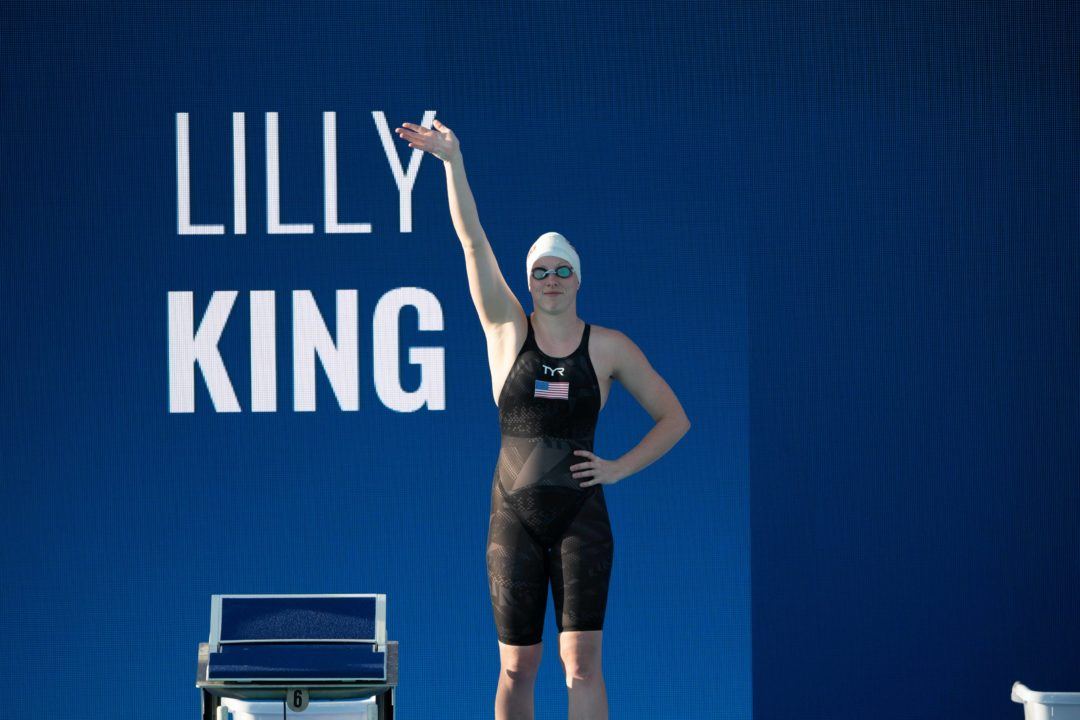 Pan Pacs won’t feature 50s of fly, back and breast, and U.S. selection procedures don’t use time trials or intermediate splits. That means the winners of tonight’s 50 breast and back races have sole claim on the one World Championships qualifying spot in the event. The second U.S. entry should go to the swimmer already on the roster with the next-fastest 100 time in that stroke.

King won the women’s 50 breast, going 29.82 and earning the chance to defend her 2017 world title. The men’s breaststroke race went to Michael Andrew, who was already into Worlds with his 50 fly win last night. Smoliga took home the women’s 50 backstroke in 27.70 and Murphy won the men’s race in 24.24.

The stroke 50 winners are only Priority 3 for making the 2019 World Championships team, so they’re not technically guaranteed spots yet. But it won’t take many doubles for the second and third priority qualifiers to make the team, so both winners are very likely to wind up on the 2019 Worlds roster – our roster projections had all five priorities easily making the 26-member World Championships rosters for both men and women.

He hasn’t won a stroke 50 so, like most people, his Worlds qualification is up in the air and will depend on if he has one of the top two US times between US Nationals A finals and Pan Pacs A and B finals.

Hard to imagine 2 swimmers topping the 50.50 he did tonight though.