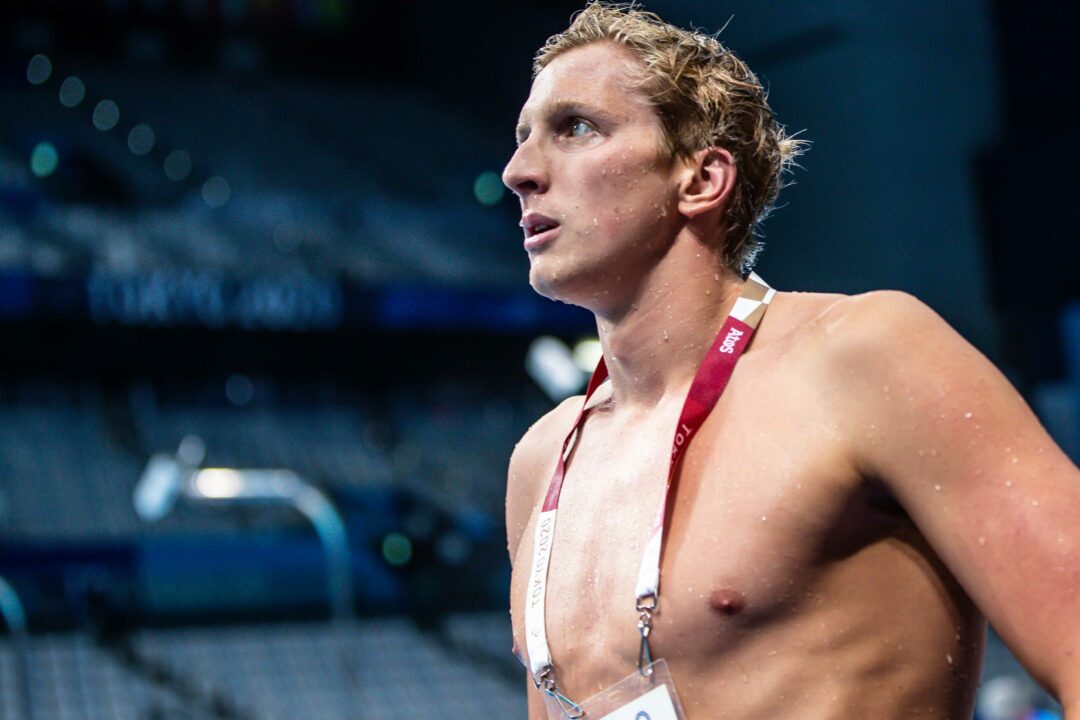 Sullivan is currently focused on getting back to her pre-injury speeds, aiming to get her 1500 splits back to Tokyo times.

Kieran Smith is the newest member of #TeamSpeedo

Speedo has announced Olympic medalist Kieran Smith as the newest member of #TeamSpeedo. He is one of two collegiate Olympic medalists that Speedo has added to its roster of sponsored athletes this fall, along with Regan Smith, whose signing was announced in early August. The two, while sharing a last name, are not related.

Kieran Smith, a senior at the University of Florida, won a bronze medal in the men’s 400 free at the Tokyo 2020 Olympic Games. He also finished 6th individually in the 200 free and swam in the finals heat of the 800 free relay, where the Americans placed 4th. Kieran Smith had the fastest split on that US relay of 1:44.74, even as the leadoff leg.

Smith is the fastest swimmer ever in the 500 yard free, having swum 4:06.32 in the event twice. He’s also the second-fastest man in history in the 200 yard free.

Regan Smith, meanwhile, won silver medals in the 200 fly and a bronze medal in the 100 backstroke at the Tokyo 2020 Olympics. That follows a double-gold medal performance at the 2019 World Championships where she won the 200 back individually and set a World Record, and set another World Record in the 100 back on a 400 medley relay leadoff.

Regan Smith is in the first semester of her freshman season at Stanford.

Swimwear brands have capitalized on new Name, Image, Likeness rules that allow college and high school athletes to sign sponsorships by signing athletes who were previously considered “amateurs.” Neither Regan Smith nor Kieran Smith would have been eligible for these sponsorships last season.

This was a done deal in mid-October. Took a long time to go public.

TYR needs to throw some dosh at Bobby Finke. Did he not win two Olympic gold medals in a Venzo?

Kieran is a senior i believe, unless junior refers to his third season of college swimming?