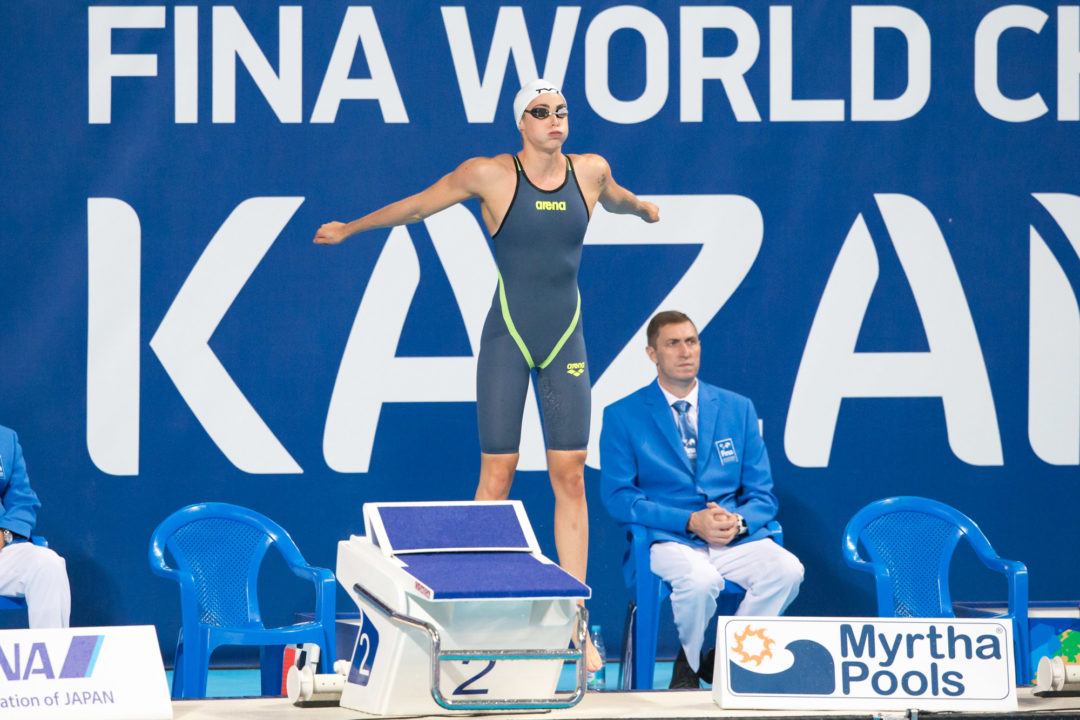 LEN, the governing body for European aquatics, has announced Kazan, Russia as the host of both the 2021 and 2024 European Championships. The 2021 meet will be the European short course championships, which is the equivalent of the meet currently happening in Glasgow. The 2024 meet will be the full-fledged, pre-Olympic European Aquatics Championships, hosting swimming, diving, artistic swimming (synchro), open water, high diving, and masters.

This comes after the announcement earlier this week that Rome will be the host of the 2022 European Aquatics Championships.

Kazan is a southern Russian city of 1.25 million citizens that is Russia’s 6th largest and sits on the banks of the Volga River. The city entered the major championship hosting rotation in 2015 when it hosted the FINA World Aquatics Championships. That included the Kazan Aquatics Palace and an adjacent soccer stadium that was covered for the event and had a pair of 50 meter pools installed.

“We are happy to award both events to Kazan as the city has become a home of aquatics in recent years where the highest standards are guaranteed for our athletes” LEN President Paolo Barelli said. “Kazan has hosted a series of major events in aquatics including the 2015 World Championships and our junior European Championships this summer which were outstanding by all means. They have world-class facilities and an experienced organising team, today a federation cannot wish for more.”

So the 4 year ban for Russia was just confirmed. LEN must have really scraping the barrel to find hosts if they chose Kazan not once but twice.

No other place in the world?

This is like hosting world champs in Antartica. Host team aint swimming.

Would an Olympic ban affect this?

So much for sending a message for those doping infractions

Will be interesting if the host team is banned.