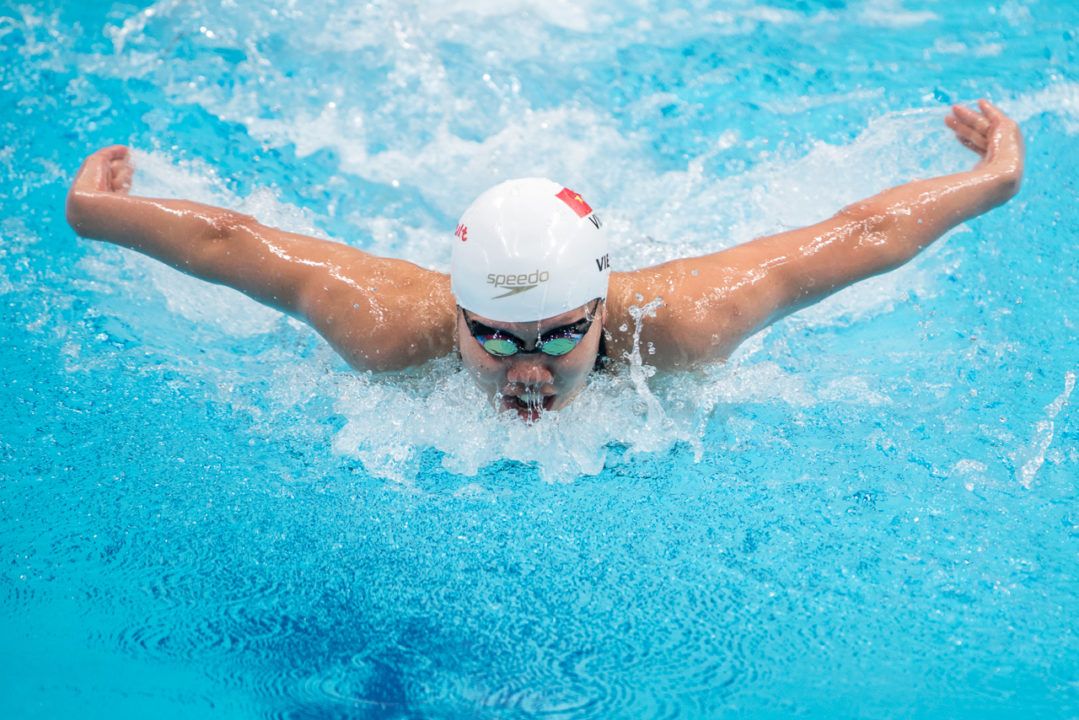 Vietnam's Nguyen Thi Anh Vien is already on her way to a major medal haul at the 2019 SEA Games taking place in New Clark City, Philippines.

While the European Short Course Championships continue on in Glasgow and the U.S. Open rolls along in Atlanta, the 2019 Southeast Asian (SEA) Games are alive and well in New Clark City, Philippines.

Getting it done on night 4 was Vietnamese Olympian Nguyen Thi Anh Vien, as the 23-year-old powered her way to 2 golds. The versatile Asian star first cracked a time of 4:13.20 to top the women’s 400m podium. She later took on the women’s 100m back, where she beat the field by just under a second with a winning effort of 1:02.97.

These individual golds bring Nguyen’s SEA Games haul to a total of 5, along with 1 silver with one more day of competition left. At the 2017 edition of these Games, Nguyen wrapped up a total of 8 golds and 2 silvers, which means she’s well on her way to keeping up with that result this time around as well.