Katie Ledecky Takes Down Own World Record in 800 Free 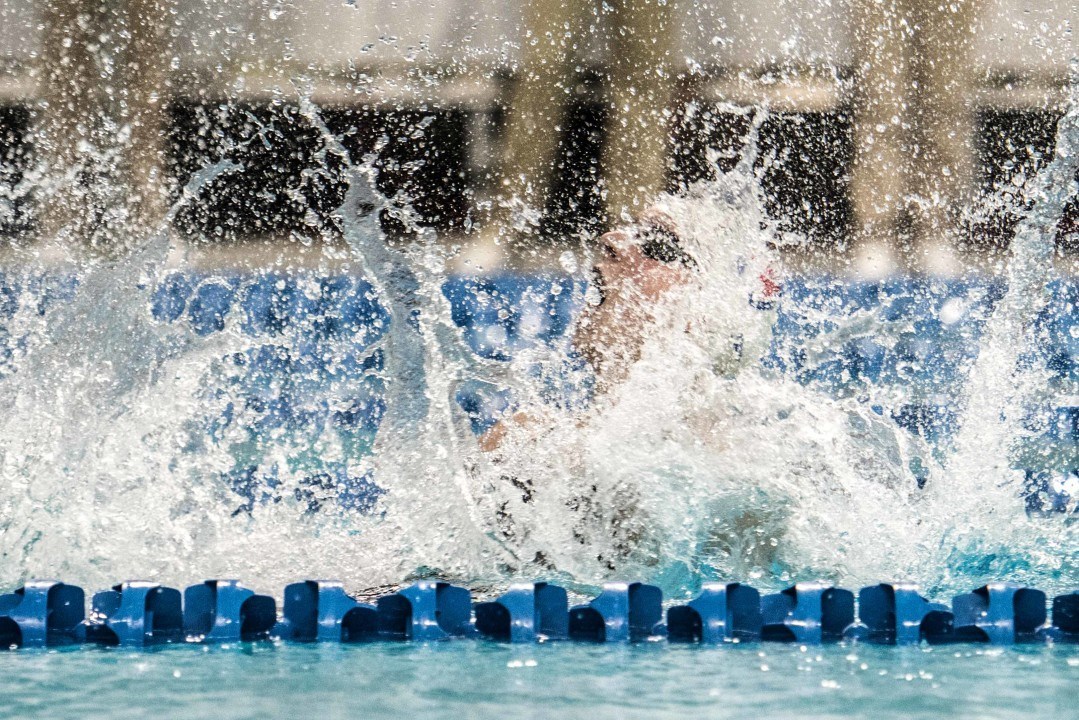 Katie Ledecky broke her own world record in the 800 free on the final night of the 2016 Austin Pro Series meet. Current photo via Mike Lewis/Ola Vista Photography

Sure, it would’ve been fun to see Katie Ledecky swim the 200 IM tonight after she qualified for the A-final by finishing seventh in the preliminaries.  Watching her set yet another world record was even more fun.

Ledecky capped off the final night of the 2016 Austin Pro Series meet with her most impressive swim of an impressive meet for her, as she broke her own world record in the 800 freestyle in 8:06.68, lowering the record time of 8:07.39 she set last summer at Kazan.

Here are the comparative splits between those two races:

While she jumped out tonight a hair faster than last summer, her next two 100s were a bit slower, before she picked up the pace on the fourth 100, amazingly ending up with the exact same 400 split in both races.  From there, she continued to pound, splitting the fifth, sixth, and seventh 100s quicker than she did in Kazan, before just tailing off the pace slightly, but still easily beating her own best time.

When asked after the race when she knew that she had a shot at the record, she made it clear it had been in her head going into the race, she replied, “I knew from the start that if I put it together the right way, I could have a pretty good swim.”

One one hand, describing a world record swim as “pretty good” is like describing the Mona Lisa as a “doodle.”  On the other hand, we’re running out of superlatives to describe Ledecky’s swims, so “pretty good” works as well as anything else.

All together, Ledecky has lowered the world record by over seven seconds in just 29 months.  Before Ledecky began her record-breaking streak, British star Rebecca Adlington held the record with a time of 8:14.10.   It took 21 years for the record to make its previous seven second drop, from Janet Evans at 8:22.44 in 1987, to Anke Mohring at 8:19.53 the same year, back to Evans the next year in 8:17 and the year after in 8:16, and finally down to Adlington’s time in 2008.

Her 3 WR at Texas, she’s really likes this place!
Watch this fan video at 0:32 what Missy said about her!
https://www.youtube.com/watch?v=Q-fy0H1agwM

What a stud! Fantastic decision on her part to stay and train with Bruce!

That was incredible. Fantastic swim. <8:03 in Rio?