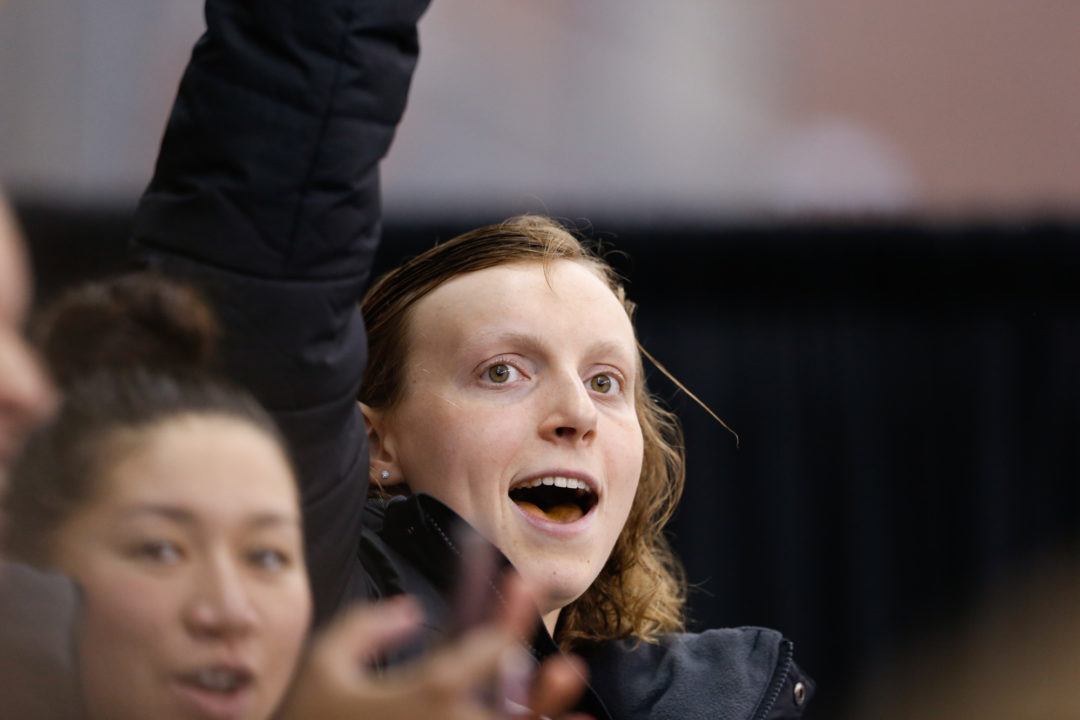 Ledecky was nominated for Favorite Female Performer and Clutch Player of the Year awards. Archive photo via Tim Binning/TheSwimPictures.com

For the 3rd-straight year, American swimmer Katie Ledecky has been nominated for a Nickelodeon Kids’ Choice Sports Award.

Ledecky is a 6-time Olympic medalist, 14-time World Champion, and won both the 500 and 1650 freestyles at the 2018 NCAA Championships in her redshirt sophomore year before turning pro. She also already has a World  Record this year, breaking the 1500m freestyle mark in May at the Pro Swim Series stop in Indianapolis in her first-ever race as a pro.

Ledecky is one of 7 nominees for Favorite Female Athlete, one of the two premier awards given out at the event.

Ledecky is also nominated for Clutch Player of the Year

Clutch Player of the Year Nominees:

Ledecky was the only swimmer nominated this year, after her teammate Simone Manuel was nominated for Favorite Newcomer last year.

I like Mikaela Shiffrin very much. She had once again a great season. She won so many world cup races, she won the overall and the giant slalom gold at olympic games. It was an olympic year for winter athletes so it would be logical for her to win. She’s already a legend of her sport at a very young age but I doubt that American teenagers know much about her. Unfortunately.

Actually Bobo, Mikaela S had an extremely disappointing Olympics. She did not win the Overall at the Games as hyped and predicted, took only one gold, missed the podium completely in another event and bailed out of her fourth event and did not even compete. And to make things worse, her boyfriend is French!

trying to figure out how to downvote bobo in this new comment format. 😉

I think Ledecky’s again also been nominated for an ESPY this year, for like the millionth time. The reason swimmers never win these July awards is that the nominated swimmers, like MP in the past and Ledecky, usually have the priority of training to win at US Nationals and can’t attend these shows in-person to pick up the awards, which is generally a TV requirement. Katie very deserving though. If MP is on the awards council, he should just pocket a couple of the awards–one for himself and one for Ledecky.

Congrats Katie! Such a kind young lady, represents everything great about the sport of swimming.