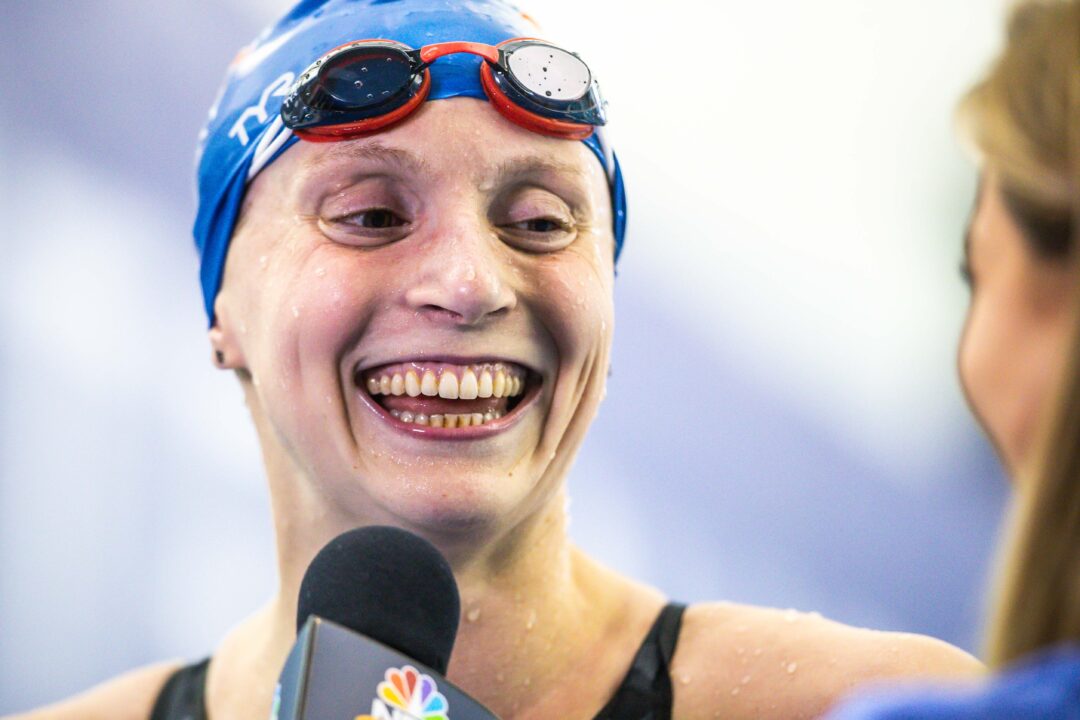 After teasing "fun events," Katie Ledecky is entering the 100 free and 400 IM at U.S. Nationals along with her typical 200 and 800 free. Archive photo via Jack Spitser/Spitser Photography

USA Swimming has released the pre-scratch psych sheets for 2022 U.S. Nationals, which means that we’re getting our first look at what the stars of the meet are planning to swim. As this meet falls only a month after Worlds, there are some Worlds swimmers who are bypassing the meet, but there are also those who are taking the opportunity to enter some events they don’t usually swim.

Katie Ledecky is one of the swimmers taking full advantage of that opportunity. After a dominant World Championships, she teased that she’d swim some “fun events” at U.S Nationals. She followed through, as she’s slated to swim the 100, 200, and 800 free, along with the 400 IM. She’s the first seed in the 200 and 800 free, second in the 400 IM, and eighth in the 100 free.

With this front-loaded schedule, Ledecky will finish her meet on Day 3. The fastest heat of the women’s 800 free swims with the finals session on Day 1.

She’ll also get another crack at the 200 free, which she won at International Team Trials but ended up removing from her Worlds event lineup prior to the meet. In Budapest, she won four gold medals to become the most decorated female swimmer in World Championships history and was named the Female Swimmer of the Meet.

With the big international championships out of the way, this will likely be a more relaxed meet for Ledecky. She’s been dropping some of her fastest times in years since she moved to train in Florida — will we see her break any U.S Open or Championship records in Irvine?

Wonder why the 800 again

There are no swimming pools, Orange Groves for miles and dated Cars. Your next stop the Twilight Zone,