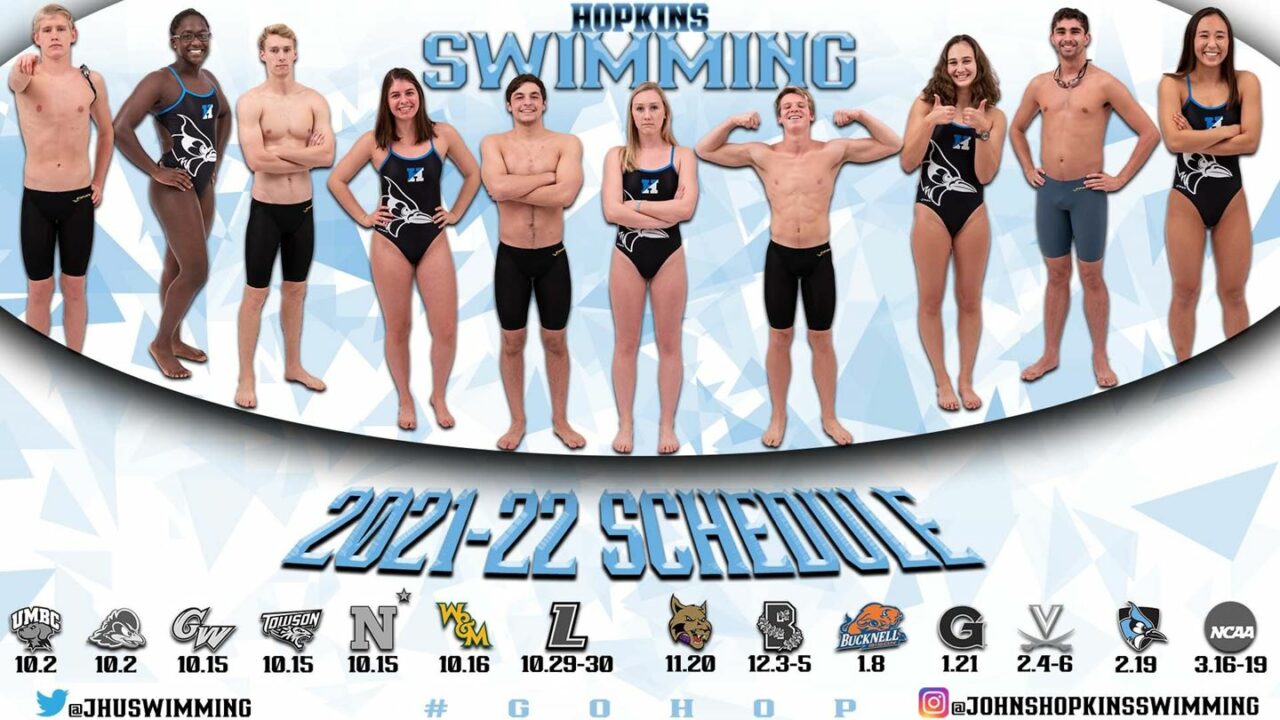 Hopkins is poised to return to a full schedule this season after a truncated 2020-21 season. Current photo via Johns Hopkins Athletics

The UE women have been dominant so far this year, winning all but one event in their first two dual meets of the year against Eastern Illinois and Valparaiso.

The Catamounts are home for the first time this season as they host New Hampshire in their America East Spread Respect meet Saturday.

Hopkins will open the season on Saturday, October 2 vs. UMBC and Delaware in Catonsville, MD. Thirteen days later, JHU travels to Annapolis to take on George Washington, Towson and Navy. The Blue Jays then return home on October 16 to take on the Tribe of William & Mary. Hopkins wraps up October at the annual Thomas Murphy Invitational at nearby Loyola.

The Blue Jays are back in the Newton White Athletic Center to take on the NYU Violets on Saturday, November 20. Hopkins then travels to Providence, RI for the Bruno Invitational the first weekend of December. Hopkins kicks off the new year against visiting Bucknell on Saturday, January 8. The Blue Jays then make the short trip to Washington, DC to take on Georgetown on January 21.

Hopkins travels to Charlottesville, VA the first weekend of February for the Cavalier Invitational, which will feature host Virginia, Towson, Pitt, George Washington and William & Mary. JHU wraps up the regular season with the Blue Jay Invitational on Saturday, February 19. The Blue Jays will then gear up for the 2022 NCAA Championships in Indianapolis March 16-19.

Nothing says Colin Hughes more than goggles around the neck