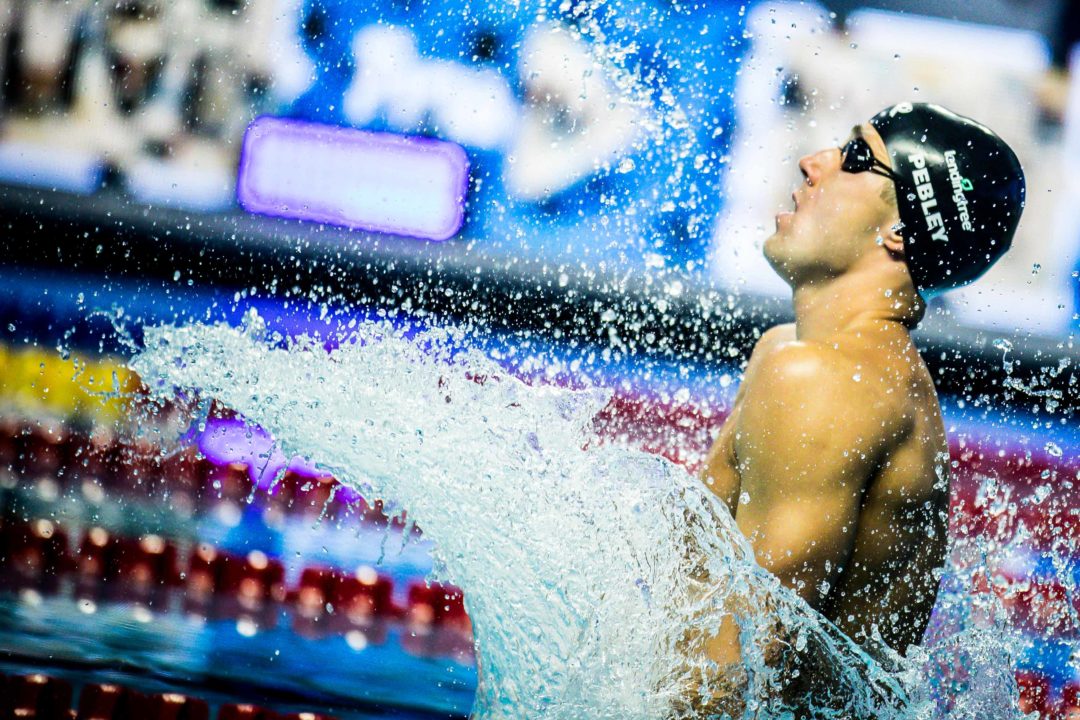 The 100 back could have broken any direction, but DC will be happiest with the result as the 200 specialist Pebley closed extremely hard to win in 50.51 Current photo via Jack Spitser/Spitser Photography

Hali Flickinger told Mark Foster in a post race interview that she didn’t really like the 400 IM, but was happy to swim it for her team anyway.

This one was an absolute thriller, with five men within 0.21 seconds at the finish. It could have broken almost any direction, but DC will be happiest with the result as the 200 specialist Pebley closed extremely hard to win in 50.51.

Iron’s Guilherme Basseto has proven to be an aggressive front-half swimmer so far in the ISL. He led early by a half-second, and though Pebley ran him down, Basseto managed to hold on for second ahead of a three-way tie for third.

Cali’s Coleman Stewart was six tenths slower than he was last week – his 50.12 from match #1 would have won the event today by a lot.

The Breakers are hurting badly in backstroke. Skierka and Telegdy go 7-8 for the second-straight week, though this time they avoided getting jackpotted out of points. Iron now lurks just 9 points behind New York for second.

I hope he makes it this Olympic year, a nice guy.

This is awesome! I hope he makes the olympics

Great to see him swim fast despite the fact he trains with Marsh.